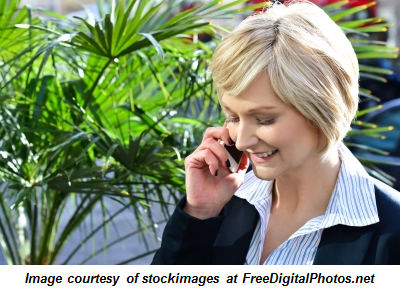 When I taught management-theory classes at a Southern California college, students would sometimes say to me, “Look, you’ve just walked me through ten different theories of management.  What’s the best one to use?”

Follow-up is a similar issue.  For example, I know that handwritten notes are considered to be the best way to follow up.  The problem is . . . I just don’t do them consistently.  Therefore, are they really the best technique for me? No, because I know I’m not going to do them regularly.  I prefer to follow up with an e-mail message, a phone call, or better yet, a card using something like the SendoutCards.com system.

The truth is, almost any follow-up method will work if you use it well and consistently.  The best method for you is whichever one you are most comfortable with and can do every time the need arises.

The reason is simple: whatever you do, you’ve got to do it well, and if you feel obligated to keep doing something that you don’t like to do, you won’t do it well–at least not consistently.  And, a late-arriving, clumsy, or half-hearted note in your own messy handwriting is going to make a worse impression than a less “proper” but more heartfelt and immediate telephone call.

I love a company that takes care of its employees.  When times are tough, you hear one story after another about companies callously letting go of the very people who drive the business.  Well, here’s a story that I think every company should emulate.

A number of years ago, Xerox had some big cutbacks.  A large government contract had not been renewed and Xerox was forced to close down work being done in one of its large plants in Southern California.  Unfortunately, three buildings had to be shut down, and virtually all the employees working in those buildings had to be let go.  My dad was one of those employees.  He was 62 years old and had worked for the company as an electrician for nine years and 8 months.  He was, unfortunately, only four months short of vesting in his retirement and medical benefits.  When management discovered this, officials worked with him to change his classification and to allow him to help clear out, board up and shut down the three buildings.

When my dad finished the job early, Xerox found other work for him to do.  The company ended up laying off every employee in those buildings, including my father’s supervisors.  However, it kept my dad on until he hit 10 years and one week of employment.  Then the company laid him off with all his fellow employees.  However, he was now fully vested in his retirement and medical benefits, which completely changed his lifestyle for the better during his retirement years.

Most companies, under these circumstances, would have let an employee go without blinking.  Most companies would not have cared that an employee was only four months short of retirement.   Xerox cared.  I love that about the company, and I love its product. This happened more than a decade ago.  I promised myself that I would only buy Xerox copiers from then on.  The latest one is in my office today.

I love a company that cares about its people this much because it speaks volumes about the company’s ethics and loyalty–it shows me that it does what’s right even if it doesn’t necessarily benefit the company.  A company that cares about doing what’s right is a company you can trust; you don’t have to constantly look over your shoulder and wonder if it’s going to take advantage of you or rip you off.  To this day, I have great confidence in Xerox as a company and I am more than glad to give it my business.

If you have had a great experience with a specific company, why not pay them a little lip service?  I, for one, would love to find out about great companies that probably deserve my business.  Leave a comment here and tell me what company you love and what it is about them that makes you love it. 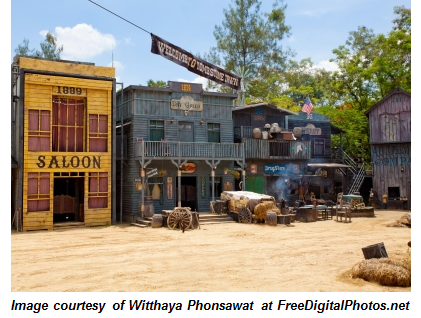 Networking is the kind of social and professional interaction that came naturally to businesspeople throughout most of this nation’s history, especially in smaller communities. But as villages grew into towns, towns into cities and cities into megalopolises, the sense of community and the close, personal business relationships that went with it gradually disappeared. The rise of large retail chains and multinational corporations, along with the demise of small businesses under the stiff price competition from these giants, further weakened the natural networking that existed.

The disappearance of community-based networking has left a vacuum that is now being filled by strong-contact networks. Business networking organizations such as BNI create a virtual main street for business professionals–an environment and a system for passing referrals that is the 21st-century equivalent of the traditional model for doing business.

As Eric Lesser, in his book Knowledge and Social Capital, notes, “Without a shared understanding of common terms, activities and outcomes, it becomes very difficult to reap the benefits associated with building social capital.” The power of business networking organizations is that they provide these common terms, activities and outcomes in a system that is designed specifically to accomplish this goal.

When you join and attend meetings in a business networking group, you build social capital in a number of ways. You gain the trust and friendship of fellow members; you provide valuable referrals; you contribute knowledge and skills to the effort; you become more knowledgeable and improve your social and business skills. Not least, you get out of your cave–the self-imposed isolation that many business people fall prey to.

Like financial capital, social capital is not only earned and accumulated, it can be spent. The international networking organization BNI has Givers Gain as its guiding principle: The good you do comes back to you over the long term and often in indirect ways. You accumulate social capital by providing help, advice, information, referrals and other benefits to your fellow networkers, with no thought of a quid pro quo. By gaining the trust of others, gratitude for value provided and a solid reputation for integrity and expertise, you become a person whom others wish to help whenever an opportunity to do so presents itself.

A colleague of mine worked for several years with a financial advisor who was a very passionate networker. In fact, he founded a chapter of an international networking organization and became very active as the president of the chapter. He gave more referrals than anyone else in the chapter; however, he got very few referrals back in return.

He came to my colleague a little frustrated about this. My colleague told him it takes time to build trust, especially in the financial services industry. He recommended several books on the subject and suggested that the advisor attend some training programs my colleague was offering. The financial advisor’s reply was a complete surprise. He said, “Train me to train the programs.”

My colleague said, “Aren’t you concerned that you’re already giving a lot more that you’re getting?”

He said, “Yes, but I know that trust takes time, and giving people valuable training at my expense will build trust.”

He became my colleague’s lead trainer and assistant director in Winston-Salem, N. C., and continued to give even more of his time and energy than he ever had before–even though he had been very active in his previous leadership role. His network rewarded him in an amazing way. Over the next 24 months, he received referrals worth $36 million–proving once more that givers always gain in the end.