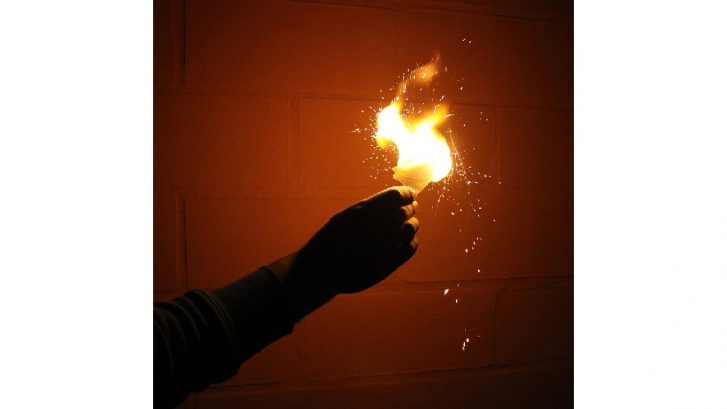 If you ever feel like you’ve done a bonehead thing in business or life, this story might make you feel better.

The most memorable television interview I ever did in my life was my first “live” interview — which was very nearly my last live interview.

It was early 1995, and my first major book was hitting the shelves coast to coast. A cable station had invited me to talk about it on the Fairfield County Exchange morning show in Connecticut, right across the border from New York.

My publicist called me before the show and said, “Don’t forget that this is live. Completely live. Whatever you say will go on the air (this was long before the notorious Janet Jackson disaster – now everything is tape delayed). She also added that “They want you to do something visual for the show.”

I thought, This is networking, not lion taming. What can I do that’s visual? Run up and down the aisles handing out business cards? So I thought I’d put together a “tool box” with “networking tools” inside — badges, cardholders, and the like. Kind of goofy, but it was visual.

Somehow it didn’t feel like it was enough. So while the New York area Executive Director for BNI, was driving me to the show, I came up with an idea. “Lance,” I said, “what do you think about a magic trick?” I am an amateur magician, and I have a trick where I hide some flash cotton in my hand. I wave my hand, and a flame briefly flares up out of it. I happened to have it with me and I said, “Here’s what I’ll do. We get to the end of the interview, the interviewer holds up my book, and I say to her, ‘Careful! That’s hot!’ And then I take it from her, and whoosh! Flames shoot out of it.”

Someone joked, “Gee, it looks like the Village People!” Everyone laughed and we all agreed that wasn’t likely. Then I heard the on-air announcer say,

“Next on the Fairfield County Exchange” 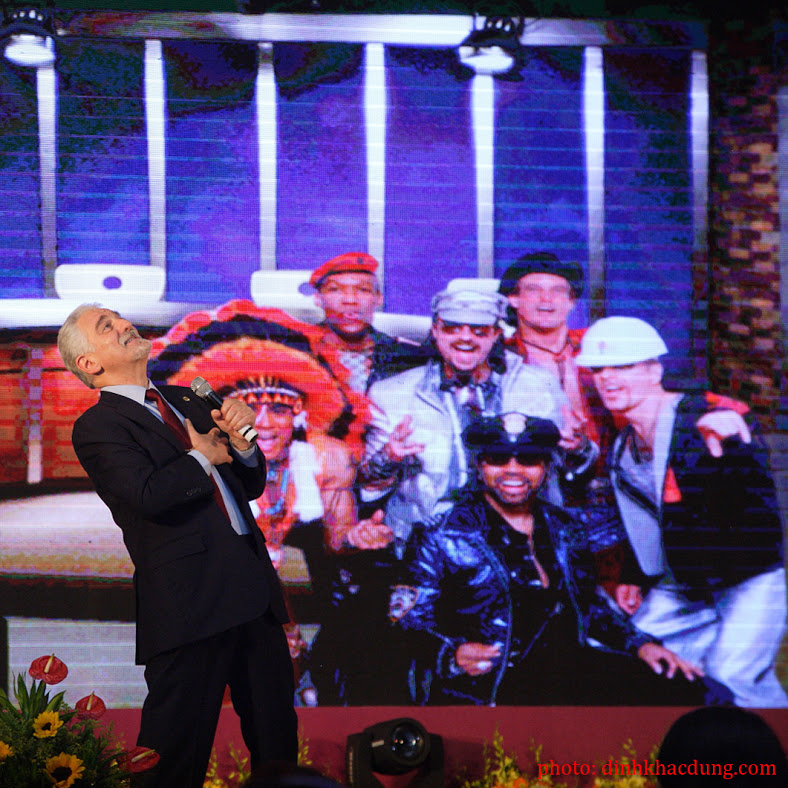 and (long-pause with less excitement)

I thought, better juice things up a notch. Make a bigger flame. So, I stuffed some more flash cotton into my palm.

The Village People went on. I watched them on the monitor. They were great! They were fun! They were hysterical! They did “Y-M-C-A,” shaping the letters with their bodies, of course. They were visual! The audience roared, screamed, jumped up and down.

I thought, I’m going on after them? Are you kidding me, I’m going to bomb, I’d better use a little more of that flash cotton.

The Village People kept the audience jumping and screaming for more. The show fell behind schedule. I knew my interview was going to be rushed. I was up next. I had the cold sweats.

The producer came over and said, “Get ready, we’re going to have to rush you on and mic you up.”

“Okay,” I said. I took another pinch of flash cotton (just for good measure) and followed him out of the room.

As the Village People came offstage to a rowdy standing ovation, I was seated in a chair in front of the cameras, half-facing the host and hostess. I was holding a copy of my book and I wanted to prepare them for what I was going to do. I said to the hostess, seated immediately to my right, “Hey, listen, when we get to the end of the interview, would you hold this up? Then I’ll say — ”

At that moment, the director, who could hear us through her headset, walked over to us and said, “No, no, no, I don’t want her holding the book up. We have a JPG of the cover, and we’ll show it in another shot.”

As soon as the director walked away, the hostess turned to me and saw that I was panicked and said, “I’m the host, I’ll decide. What do you want to do?” I started to explain the trick. As I got to the same point in the first attempt to explain, the director came back and said, “I told you, I don’t want her holding the book up! Okay, we’re on LIVE in five, four, three —”

The hostess whispered to me, “Just go ahead and do whatever you’re going to do. I’ll follow along.”

So we did the interview. I thought it was kind of a lame interview with the toolbox thing, especially following the Village People, but I knew we’d have a great ending.

As we finished up, she said, right on cue, “I have here a copy of Dr. Misner’s book.” She held it up. The director scowled.

I said, “Careful! That’s hot!” I reached over, took the book from her, and opened it up. And WHOOOOSH! a gigantic flame shot up. Huge, I mean really big. A much bigger flame than I expected and the book caught on fire.

The hostess screamed, “AAAAHHHH!” and she jumped into the lap of her co-host, waving her arms and hollering. The director was holding her head, yelling “Cut! Go to commercial!” The cameramen were blinded by the flash and came out from behind their cameras. I stomped on the book, trying to put out the fire. The audience laughed hysterically. Apparently I made quite an impression – just not the one I was hoping for!

The hostess, still sitting in her co-host’s lap, said, “Oh, thank God I didn’t swear on live television!” Her co-host looked off-camera, snapped his fingers, and yelled, “Wardrobe! new pants for her, please!”

I looked over at Lance who was just off stage. He put two thumbs up and said, “Now, that was visual! But we should go now.”

In most places around the world, I may be considered an expert on networking, but in Connecticut, I think I’m considered an arsonist. So, no matter how embarrassed you may feel by some stupid thing you’ve done in life – just think of this story and you won’t feel so bad.