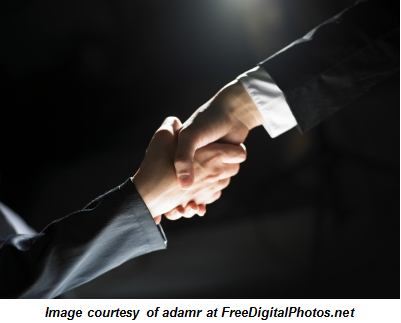 I was recently speaking to a friend of mine who is a partner in an international consulting and training company. We discovered that we had a mutual acquaintance who is a bestselling author and fairly well-known speaker. In our discussion, we found out that he had contacted each of us individually to see if there were any possibilities for some type of strategic alliance with our companies.

We were both open to that possibility but couldn’t see any immediate and dramatic way our companies could link up with his and do any specific projects at that time. We were both a bit amused to then discover that we were summarily “dropped” from his radar (no response to e-mails or other attempts to connect) after that.

Have you had a similar experience? How has this played out in your business?