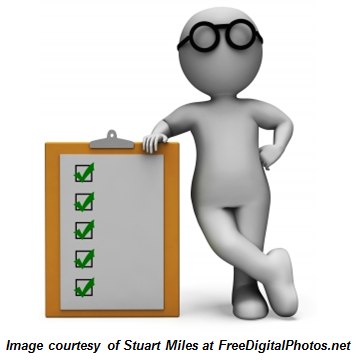 Every week someone I know asks me about my cancer diagnosis.  Women ask me for help with a man in their life and men ask me because they’ve been diagnosed with it.   Because of this, I’ve written down a lot of what I’ve learned from my experience in this blog post.  It is longer than a blog post should be and I apologize for this.  However, I’d like to put all of this in one place so I can send people to this for help.

Since my own prostate cancer diagnosis, I have had the chance to speak to several men just after they have heard the words from their urologist that I heard in March 2012. I hope my experience and the many things I learned along the way can be helpful to you, whether you or someone you love may be starting out on this journey.

Please understand that I’m writing this from a patient’s perspective. I am not a medical doctor. I am not giving you advice or addressing your particular situation. You MUST consult with your doctor before making any decisions about what is best for you!

Right after I received my diagnosis, I spoke to five men and came away from these conversations knowing five ways I did NOT want to approach my situation. The conversations I had with all of them was invaluable. It also put the fear of God in me because of the serious side effect from not only the various treatments, but also from the diagnostic tests (biopsies) themselves. It gave me the motivation I needed to put into effect the total and complete dietary and lifestyle changes I made.

Not long after my diagnosis was made, I attended the Prostate Cancer Research Institute’s annual conference in LA. I learned so much there from doctors who are at the cutting edge (no pun intended) of the emerging trends in prostate cancer diagnosis and treatment.

Here are the Top Eight Things I Believe You Should Know:

I found it helpful to keep a graph chart of my PSA tests, so that I could really keep an eye on the amount of time it was taking for the count to rise. In my case, my PSA had not even doubled in any one year when my doctor said he wanted to take a look at why my number was going up. He went through the order of diagnostic tests outlined in the next point. And when I made the dietary changes after my diagnosis, the slowly rising number stopped and actually began to drop a clinically significant amount.

One of the first things my general practitioner did after my annual PSA came back slightly higher than the prior year’s test was to run the test again. When that one was also elevated, he recommended a course of antibiotics to rule out a prostate infection or prostatitis. When my PSA remained elevated, he then began to move into the cancer-diagnostic procedures. He did a digital exam and then referred me to my urologist, for an ultrasound.

The color Doppler imaging can tell you and your doctor when the tumor is preparing to grow. Angiogenesis, or blood flow, will increase to the lesion as the cells begin to move into a more active phase. The ultrasound performed by the urologist simply revealed the presence of a mass, which could then be measured and the prostate volume could also be determined, but it gave us no information about how active the cancer growth itself was. If I’d had a high-def, color Doppler ultrasound, we would have had more information from the scan.

Regarding your scans and other tests, request copies of everything. Most of your doctors will be glad to make copies of the reports and even the imaging scans*. I started a notebook in which I put my PSA graph chart, all my PSA blood test results, the ultrasound imaging reports and the biopsy results report. Having this notebook gave me valuable information to keep a handle on where I was in the process and it also was extremely helpful to the members of my medical team. Overall, it kept me in the position of captain of the game.

*One note about the imaging scans, the DVD you will get will probably have an embedded program you will need to install on your computer before you can open the images. Most doctors already have this program on their computers, whereas I did not. It took a few tries to view my images before I realized I needed to install the program! Ask the radiologist about this before taking your DVD.

Since there are bundles of nerve fibers encasing the prostate gland, the biopsy needle can nick them and cause temporary to permanent side effects such as incontinence and impotence. These nerves can regenerate if they are not completely severed, but it is a very delicate procedure. Please be sure you go to someone who has done hundreds and hundreds of these procedures. You don’t want to be part of a learning curve for the new guy!

If your biopsy returns positive for cancer, find out how many core samples were taken and how many of them were positive for cancer. This information will help you determine your risk level. The PCRI has a great website into which you can plug all these factors to learn your “color” on the risk spectrum. It is good information to have.

Another piece of information to come away from your diagnosis with is your Gleason’s Score. This score will be made up of two numbers. Adding the two numbers together gives you your score, but the order the numbers are added gives you information, too. If the lower number is given first, then the higher number (for example, 3+4), your risk is somewhat lower. If the higher number is first, then the lower (5+2), your risk is higher, even though both scores are a 7 on the Gleason Scale. Remember the part where I told you I am not a doctor? I don’t completely understand this scale, but I know what to look for relating to lower risk!

When I am talking about risk, I mean the chance that prostate cancer will be how your life will end. Most men, I learned, begin to develop malignant lesions as they age. It seems to be the nature of the prostate gland. Men in their 50’s have a 50% chance of having prostate cancer, men in  their 60’s – 60%, men in their 70’s – 70% and so on. A man in his 70’s, diagnosed with low to medium risk prostate cancer will probably meet his death from some other corner, not from prostate cancer. Knowing my risk factor helped me decide how I wanted to approach my treatment. My numbers all placed me in the low to medium risk category. Having all the diagnostic information I had helped me determine what I was going to do. It wasn’t a case of the doc diagnosing cancer and scheduling me for surgery a few months later!

As a side note regarding prostate biopsies, I am concerned about the risks of introducing bacteria into the prostate gland through the rectal wall and also the dangers of piercing the capsule of the prostate gland and of the tumor, and thereby possibly releasing malignant cells into the bloodstream. Traveling prostate cancer cells tend to metasticize to hip and pelvic bones. I have read a bit about the dangers of doing so, and feel that I would have like to have had that information before having done my own biopsy so that I could have made a more informed decision.

I learned that a radical prostatectomy was NOT my option if at all possible! The side effects are assured and generally permanent. If I had a fast-growing malignancy, I might have had a different response.

The second is Love, Medicine and Miracles by Dr. Bernie Siegel. This book reveals the incredible power the mind has over the medical conditions of our bodies. Since hearing those words in March 2012 – You have cancer – I have come to understand more deeply just how integrated our mind and bodies are when it comes to healing from conditions like cancer.

Something which was recommended to me after the positive diagnosis was a full-body CT scan to detect whether or not any cancer had developed along any of my bones. At the point I was in the diagnostic process and given my low to medium risk factor, I feel that this may have been completely unnecessary and would have gotten a second opinion before ingesting the radioactive biomarker to see where it might have uptake into my bones! Looking back, it does not seem very wise to have gone that route to me, personally.

Remember that you are the Captain of your experience.   Knowledge gives you the opportunity to make choices.  Get as much information from sources you trust and then do what YOU feel is best for you.  It is your diagnosis.  It needs to be your choices – not someone else’s.