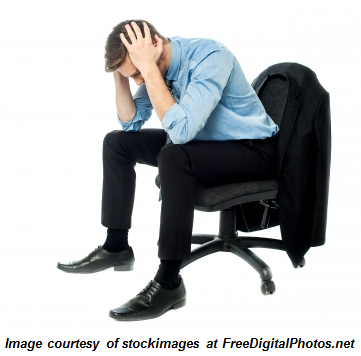 Most people I meet while networking think they’re great networkers, but a lot of them are still making some of the biggest networking no-nos in the book.

I went to a local networking event this week and saw one guy blatantly trying to gather as many business cards as he could, never spending more than a minute with any one person. This type of behavior indicates that he only had one goal–to acquire a nice, big stack of business cards to add to his cold-calling stockpile. Confusing networking with direct selling, as this guy was obviously doing, is one of the biggest mistakes a networker can make! Here’s my list of the three biggest networking faux pas that no networker should ever commit.

Faux pas number one: Not responding quickly to referral partners
This one really troubles me. I can’t imagine getting a call from a networking partner and not responding immediately. Unfortunately, it happens with regularity.

Faux pas number two: Confusing networking with direct selling
Networking is not simply about gathering contact information and following up on it later. That’s nothing more than glorified cold calling. It gives me the chills. I used to teach cold-calling techniques to businesspeople. And I did it enough to know that I didn’t ever want to do it again. Since then, I’ve devoted my professional life to teaching the business community that there’s a better way to build long-term business.

Use networking opportunities to meet people and begin the process of developing genuine relationships. As you do this, treat your referral partner the way you would a top client. Finally, always network in a way that builds credibility and trust–be candid in telling your referral partners what you need and what you’re asking of them. Do these things and you’ll avoid some serious mistakes in relationship networking.