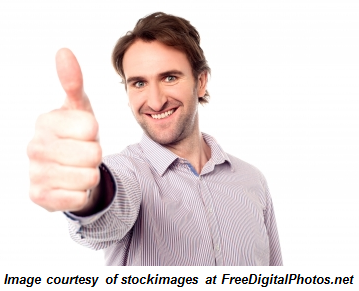 During a recent interview, I was asked what my thoughts are on why my networking organization, BNI, has become so successful. Well, I’ll be the first to admit that success didn’t happen overnight. It took me 23 years, and a lot of bumps along the way, to learn what it takes to operate a successful networking group anywhere in the world. But as I told the interviewer, I attribute BNI’s success to some key steps that are sure to move any networking group toward achieving excellence. I’d like to share some of them with you here:

2. Choose quality business professionals to join your networking group. Don’t take the first person with a pulse and a check.

3. Follow the system! When a system is proved to be successful, there is a reason it works. Don’t reinvent the wheel.

5. Attendance is key to a group’s success. Networking groups that have poor attendance always end up having problems down the road. Have you ever gotten a haircut over the phone? Of course not. We’ve learned that you cannot get or give referrals if you don’t show up.

6. Pick great leaders! Don’t settle for who’s willing, but select who’s best! Leaders can make or break a group. It happens all the time.

7. Keep positive people with a solutions-focused attitude in your group. OK, here’s another way to say it–move out the constant whiners! Some people complain as though there were an award for it. Replace them. Find people who focus on building something great rather than complaining as though it were an Olympic event. Seriously, why accept mediocrity when excellence is an option? People, just like water, tend to seek the path of least resistance. The problem is that the path of least resistance may not be the best path. If you expect the best from your fellow networking group members, you will get it. If you expect less than the best from your members . . . you will get it. Expect the best. You’ll get better results, really.

After all, if following these steps could build BNI into an organization with more than 5,000 thriving chapters in more than 36 countries, then I’d say it’s worth giving them a try!!


4 thoughts on “Achieving Excellence in a Networking Group”