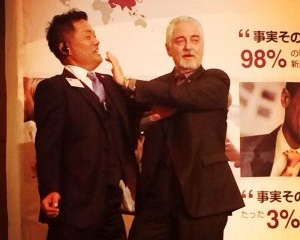 Over the years I have shared lots of advice on how to grow your business by building relationships. During my last “Ask Ivan” Facebook Live event, I shared many of my recommendation on what to “do”. Now, I want to share four common “Networking Don’ts” mistakes to avoid when you’re networking if you’re looking to grow your business.

Don’t sell or pitch to them!

I can’t tell you how many times I’ve met someone for the first time and they start “selling to me.” I’ve seen the same thing when I’ve been with other business people far more successful than me. Don’t do it! The old adage – “it never hurts to ask, right” is completely wrong when you are networking up with someone for the first time. A lot of people do it – don’t be one of the crowd.

Don’t complain to them.

I know, that sounds obvious, but I’ve been both the victim of it and I’ve seen it. I was standing with an incredibly successful businessman some time ago when he was meeting people in a crowd when someone he just met went on a rant about some problem with the man’s company. He stood out and was quietly escorted out. You want to be remembered, but not for that.

Don’t be a sycophant.

There are plenty of people to flatter them, so don’t “puppy-dog lick them” to death. Successful people are, however, still people, and they appreciate knowing their work makes a difference. I have found that if I share a specific story about how their work or business has really helped someone in some way, they truly appreciate the comment. That way the conversation is not all about me, and at the same time, it acknowledges them for the work they’ve done.

Don’t assume they remember you next time.

If you meet them or connect with them again, never, ever, assume they remember you. Always help them out by giving them context on how you know each other or met. Really successful people tend to meet hundreds, if not thousands, of people. Giving them context helps them jog their memory. If you meet them in person, give them a reminder of where you met. For example, when I am networking up with an email communication, I’ll send a copy of a photo of the two of us from the event where we met. That always jogs their memory.

Finally, remember that networking can become your most powerful tool, but only if you approach it properly. Networking should be effective for most businesses. If it has not worked for you, then maybe you are following some of the “Don’ts” I listed above.