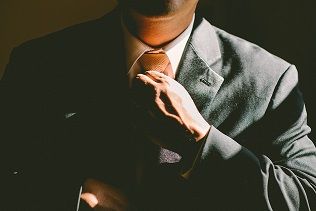 Everyone wants some degree of success.  They might want it in different forms, but I’ve never met anyone who didn’t want to be successful in or at something important in their lives.  This is good because I believe that everyone’s entitled to pursue success; but, success itself is not an entitlement.

It is largely determined by our hard work and our choices.  I know many people who work hard but make bad choices.  It’s amazing how many of them think they deserve to be more successful because they feel like they’ve worked so hard.  On the other hand, I don’t know very many, if any, successful people who have made good choices but didn’t work hard.

Working hard is only the first part of success.  Making good choices is the second part.  It truly takes both to achieve success at whatever you do.

When I was the CEO for BNI, I knew that the choices I made were important to the business.  The decisions I made impacted hundreds of employees, franchise owners, and associates as well as hundreds of thousands of BNI members around the world.  I remember back then talking to a good friend and mentor about some tough decisions I had to make and my concerns about them.  He gave me some great advice.  He said, “Not every decision you make has to be a good one.  Just make sure that you make more good ones than bad ones and when you make a bad one – minimize the impact by fixing it quick.”

Wow!  This was great advice.  It’s advice that squarely hits the point about working hard and making good choices.  Not every choice you make has to be on the mark.  However, enough of them do in order for you to get the kind of results you want.  Some of my biggest lessons in business have come from my losses, not my successes.  Generally, neither had much to do with luck but instead, with the choices I made or the commitment I gave to the project.

It is not being lucky

For most of the 30 plus years of running BNI, I didn’t feel very lucky or incredibly successful.  It took time, effort, hard work, and fairly decent choices before I felt any modicum of success.  The problem is that many people want to go from point A to point Z and bypass all the challenges in between.  They work hard, therefore “deserve” the success they want.

Success is not an entitlement.   It’s not a “right” or a “claim” that we should have.  Oh, people have the right to “pursue” success – but that’s it.  Success is most often earned. It is not handed over because you are entitled.

I remember years ago when my son was nine years old I asked him, “Trey, what’s the secret to success?”  He said, in a young boy’s slightly bored sing-song tone – “the secret to success without hard work and good choices is still a secret, Dad.  Can I go out and play now?”

4 thoughts on “Success Is Not An Entitlement”