It's Not Net-Sit or Net-Eat - It's Called Network - Dr. Ivan Misner® 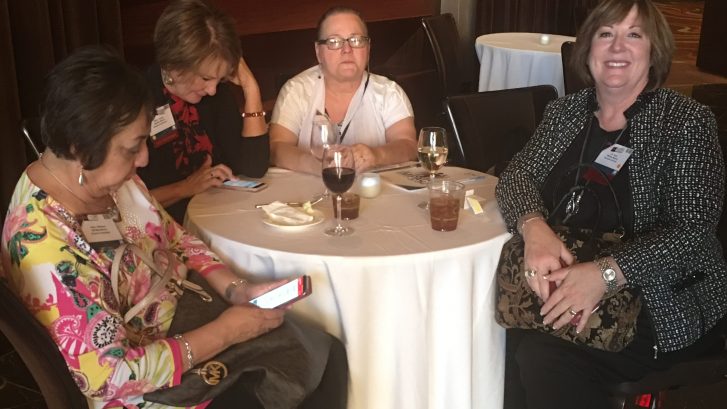 I came up with this phrase, “It’s Not Net-Sit or Net-Eat — It’s Called Network”, back in 1985 when I went to a business mixer and witnessed virtually everyone either sitting around the edges of the room or standing around eating and drinking.  Almost no one was actually networking. It struck me like a bolt of lightning that this was supposed to be a “networking” event but people were just eating and drinking (especially the later)! As a result, the first mixer that I personally organized, I went to a printer and printed up this phrase on little signs and put them all around the room to remind people why they were there.

I also came up with the original version of the 10 Commandments of Networking which I printed and posted around the room.

The 10 Commandments of Networking

One last thing I did before the event got fully underway was to tell everyone that it’s ok to come to a networking event with someone you know or a co-worker; just don’t hang around with that person.

What a difference in networking events.  By just giving a little guidance to the participants, the event was much more successful than the ones I’d seen in the past. So GET UP, get off your phones and network.