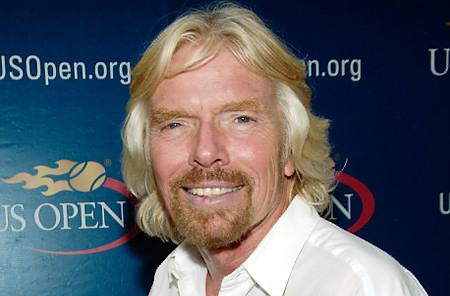 FLUSHING, NY – SEPTEMBER 07: Sir Richard Branson arrives at the Buzz Party before the women’s singles final on day 14 of the 2008 U.S. Open at the Billie Jean King National Tennis Center on September 7, 2008 in the Flushing neighborhood of the Queens borough of New York City. (Photo by Gary Gershoff/Getty Images for USTA) Original Filename: GYI0055662218.jpg