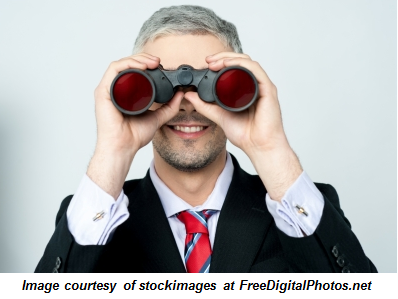 For some time now, we’ve both observed a need to drill down on one of the most important and foundational concepts to networking – The VCP Process®.  Two months ago, we started a much-anticipated 12-part monthly series of blog posts which addresses this and contains some very timely information for networkers across the globe.  Today, we’re proud to share with you Part 3 of the series.  Enjoy.

WHEN IS TOO MUCH VISIBILITY, WELL, TOO MUCH ‘VISIBILITY’?
(Part 3 of 12 of the “Navigating The VCP Process® To Networking” Series)

Today, we’d like you to give some serious thought to the very first letter in the VCP Process® to Networking.  In short, your goal should be to first enter Visibility with people, then perform activities that will help you build trust and Credibility with them, and finally through time and the strengthening of that relationship, they will most likely pass you consistent referrals in the Profitability stage.  After all, “It’s not who you know, it’s who knows you.”

Remember the movie “A Few Good Men” with Jack Nicholson where he forcefully delivers the famous line “You want the truth?  You can’t handle the truth!”?  Well, the facts are clear and the truth in business networking is that the average networker’s strategy doesn’t focus on successfully navigating through the VCP Process® and doesn’t focus on finding Referral Partners whom they cultivate long term, mutually beneficial relationships with to provide them consistent referrals.  Or worse yet, the average networker has no strategy at all.

The goal of networking is to build the ultimate network of professionals who, when asked:

If you put yourself out in the marketplace as a person of value, others will want to connect with you.  Your role is to expose yourself to your local business community in a valuable way so that people feel a personal connection with you and feel compelled to assist you.  Most people have no concept of this strategy.  That’s what makes it so potent.  And then the dilemma is that a large percentage of those exposed to this strategy will never do the hard work that it takes for success to become a reality.  But, as noted above, the average networker typically misinterprets this concept.

Ivan met a woman years ago who told him she was the consummate networker – 100’s of contacts and a wide-ranging network of people from all walks of life.  Then one day in a conversation with him, she dropped a bombshell and said her networking efforts weren’t paying off.  She went on at some length about all the groups she went to, people she met, and how she made all these contacts but wasn’t getting any business.  The truth is that she was so busy running around and making appearances that she wasn’t learning how to actually ‘work’ these networks and build deep relationships.

In closing, we’d like to recommend that you consider reflecting back upon your own networking journey and ask yourself:  “Have you exhausted all opportunities in your local community to attend Business Networking and/or Referral Marketing Training workshops?  Have you sought out an expert or someone that has proven results from their networking efforts that you can ask to be your accountability partner?  And…if you have attended workshops in the past, what are the results you’re getting today?  If you’re not getting the number of referrals you expect, maybe it’s time to revisit those workshops?”

We thank you for reading today’s post and extend an invitation to be on the lookout for next month’s contribution to this series – Part 4 called “Expose Yourself!”

2 thoughts on “Too Much Visibility?–“Navigating the VCP Process(R) to Networking” Series”