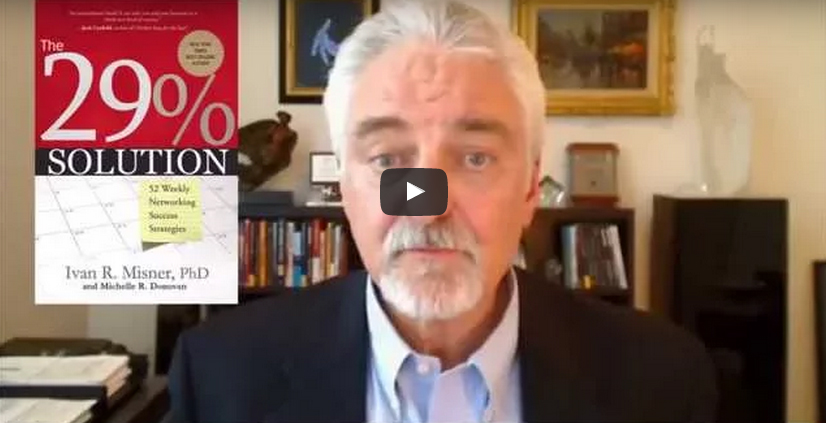 So often in networking, people reference the Six Degrees of Separation theory, claiming that anyone they wish to get in contact is only six people away.

What many fail to realize, however, is that this theory is a complete myth. Networking doesn’t just happen, and relying on your network to bring you to your ideal client without having to work for it won’t help you succeed. The story of the Six Degrees of Separation theory also leaves out one key element of the actual study. Only 29 percent of the participants in the study were able to connect themselves back to the target in six steps. 71 percent were unable to do it.

This is the basis for my book, The 29 Percent Solution, co-written by myself and Michelle Donovan. After watching this video blog, I encourage you to check out the book to learn a couple of key strategies to really expand upon your network.

What strategies do you use to grow your network? Do you find that the myth of the Six Degrees of Separation actually holds true for you? Please share your thoughts in the comment section below.