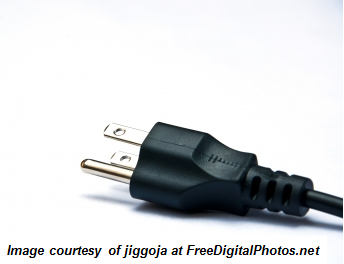 I was at a big networking event with more than 500 people in the UK this summer, and the person who spoke before me asked the audience: “How many of you came here hoping to do some business–maybe make a sale?”  More than half the people in the audience raised their hands. He then asked, “How many of you are here hoping to buy something?”  No one raised a hand–not one single person! This is the networking disconnect.

If you are going to networking events hoping to sell something, you’re dreaming. Don’t confuse direct selling with networking. Effective networking is about developing relationships. I know, I know . . . there’s always someone out there who says, “But, Ivan, I’ve made a sale by attending a networking event!”  OK . . . I’m not saying it doesn’t ever happen–it does.  I’m just saying it happens about as often as a solar eclipse. Face it, even a blind squirrel can find a nut. Any businessperson can stumble on some business at a networking meeting from time to time. However, when you have most of the people at an event trying to sell and virtually no one there to buy, you’re crazy if you think the odds are in your favor to “sell” at a networking event.

So why go?  You go because networking is more about farming than it is about hunting. It’s about developing relationships with other business professionals. Sometimes you go to a networking event to increase your visibility, sometimes you go to establish further credibility with people you know, and sometimes you may even go to meet a long-time referral partner and do some business. In any case, the true master networkers know that networking events are about moving through the VCP Process and not about closing deals.

I’d love to hear your thoughts.

11 thoughts on “The Networking Disconnect”