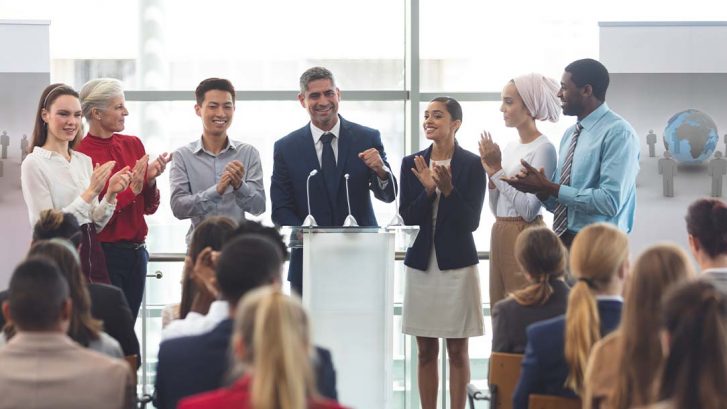 In all aspects of life, leaders set the tone for how the people in the group or on the team will act. We’ve all seen it happen professionally, personally, and in business networking.

I was once at a networking event when a woman approached me and told me that she had heard of BNI® and was interested in joining a chapter. But she was hesitant based on a recent experience she had when she attended a meeting of a different networking group.

She had been very put off by the attitude and comments of that group’s leader. Being new to networking, the meeting was the first of its kind that this woman, an esthetician, had ever attended. She said that she had expected something very different.

She had been told that the group was filled with positive, welcoming people who would be as interested in learning how to help her promote her business as she was in learning to help them promote theirs. However, when she arrived, she found that very few people even noticed her because they were busy socializing in clusters that were reminiscent of high school cliques. Then, to start the meeting, the group’s leader stood up and announced that he was in a crabby mood and told everyone to find their seats quickly. As soon as she sat down, a member of the group informed her that she needed to move because she was sitting in “his seat.” She got up and, instead of finding another seat, headed out the door.

Unfortunately, it was not the first time I had heard of an occurrence like this. When a networking group doesn’t have strong, positive leadership to set a good example and enforce the structure, the group runs the risk of turning into nothing more than a coffee klatch or a social club.

I encouraged the esthetician to seek out her local BNI chapter despite her bad experience with the other group. I assured her that she would have a much better experience simply based on the difference in leadership. Groups follow the example of their leaders and in the situation of the networking group this woman visited, the leadership set a very bad example and the group members followed suit.

People will follow the example of those who are in leadership roles, which means it is imperative for leaders to be positive and solutions focused. One of the most important aspects of a good business networking group is the leadership team that runs the meeting. These individuals should be selected based on their ability to size up any situation, identify the direction that is best for the group overall, and then lead the group toward the most positive path.

Quality leadership is about connecting with people. It is about inspiring others to take action and about coaching people effectively by guiding and helping them. Leadership is about having a positive attitude while maintaining accountability. As I’ve said before, hockey without rules would be boxing on ice. BNI without rules would be a coffee klatch of socializing around a table. You have to have rules. Good leaders apply the policies like Mandela, not Atilla and they maintain accountability with diplomacy.

Four Keys to Being a Great Leader

I offer these suggestions based on my experience and observations of leadership skills.

I encourage everyone reading this to remember that whether or not you are in a recognized leadership role, people are always observing you.

If the leaders in your life aren’t setting a good example, why not step up and act as a leader yourself?  YOU can set a good example. If one or two members of the “high school clique” networking group mentioned above had done this, other members of that group might have followed their lead and the esthetician might not have walked out with such a negative view of all of them.

The leadership in a business networking group is extremely important for the success of the group and for the experience of the members and their visitors. Remember, leadership is about accomplishing more than people thought possible. It is about using experience and wisdom to guide others in a positive direction. Leadership is about empowering others by serving as an example.

2 thoughts on “The Importance of Leadership in Business Networking”