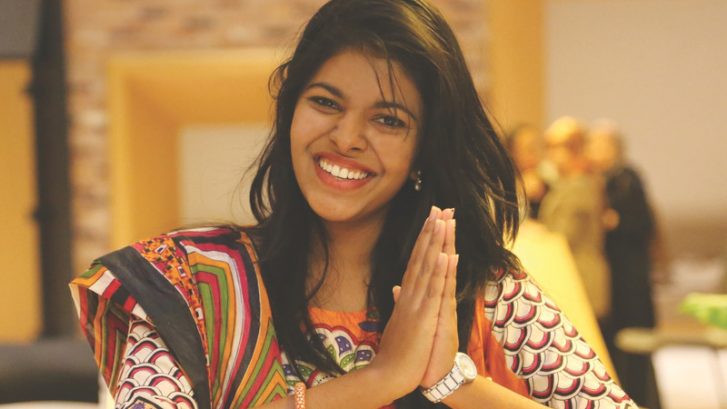 I recognize that when some people hear the phrase “Attitude of Gratitude,” they are going to think, “Yeah, yeah, yeah, more new-age psychobabble, but we want hard facts.”  Well, I agree that hard facts are important and here are some from pretty reputable sources who argue convincingly about the science of gratitude’s positive impact.

The Benefits of Gratitude

So much for psychobabble. Gratitude improves attitude, feelings of connection, and results.  It’s not new-age; it’s science.

The Gratitude Effect works when someone is coming from a place of being grateful and acknowledging people along the way.  This means that it is important to take time to notice all the good things you might take for granted. Like so many other principles of success, it’s simple, but not easy, meaning that this is a simple concept – but it is not an easy concept to apply regularly in your life.  It’s not easy, because the easy thing is to notice what is wrong, what you don’t like, what annoys you, or the problems that you face.

What I have learned over the years is that if you focus on problems – you become a world-class expert at problems, and it is hard to show gratitude when you are obsessed with the problems around you.  However, if you focus on solutions, you can become a world-class expert at solving those problems.  This process begins by recognizing what is right around us.  From that starting point we can be grateful for those elements. Plus, begin to acknowledge those around us for the efforts they are making.  The Gratitude Effect requires a life-long journey of developing our ability to be grateful.

Expressing gratitude completes the feeling of connection with others. Here is how you can start this practice today: many people have helped us during our lifetime.  They are “in our story.”  Have you acknowledged them? Have you thanked them?  Have you recognized the difference they have made for you?

I recently heard a story from a woman whose sixteen-year old son pretty much stopped going to school. His grades began to fail, and he started drinking alcohol.  Worst of all, he was caught stealing a car and joy riding late at night.  She told me that he was making some really poor life decisions and that she was beside herself with what to do.

She decided to send him to a leadership conference to see if that would help take his life in a new direction.  At first, he said, “no” but around the holidays, he said that if this was that important to her, he “would do it for her.”

He attended the multi-day event and came home telling her that the event was amazing.  He learned that people matter.  Decisions matter.  The people around you matter.  She told me that one of the speaker’s at that event had a particularly large impact on the young man.  Then she reached out to the speaker from that event and told him the story.  Expressing her gratitude for the impact that his talk had on her son’s life.  She told him “you gave me my son back.”  The speaker was so moved that he sent a video message to the young man telling him how grateful he was that he said something that the boy found helpful and that he was proud to be a small part of that. What’s more, the young man replied and told him a little about the life that he was now creating for himself.

The Gratitude Effect doesn’t take much effort and costs little or nothing. However, it makes a difference in yourself and the people around you. When you acknowledge people in this way, people are drawn to you like a magnet. This accelerates the relationship-building process. As the story above shows, the Gratitude Effect can come full circle and then continue to spiral off in new, impactful directions. Believe me.  It is science.

2 thoughts on “The Gratitude Effect”