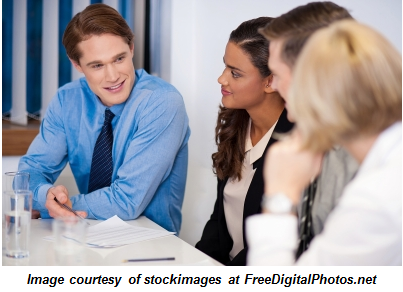 Iâve been doing a lot of traveling lately to promote my new book Masters of Sales (www.MastersBooks.Com), and on my way to a book tour date I sat next to a young man in an airport who struck up a conversation with me.Â  We got to talking about what each other did for a living and after explaining what I do, I found out that he worked for a small, family owned grocery business.Â  I commented that it was probably tough to be the âlittle guyâ? in competition with the larger chain grocery stores and that his employer must be doing something right to still be in business.Â

Being in the business of networking for over 20 years, itâs a no-brainer to me that my comments and inquiries about the young manâs employer were a prime opportunity for him to explain what made his company special and to possibly make a valuable networking connection that could bring in business and possibly mean a promotion for him.Â  But instead of taking advantage of the open door I was extending to him with my curiosity, he just shrugged his shoulders and said, âYeah, weâve had the same customers for years, so I guess weâre just lucky that theyâre so loyal.â?

That conversation reminded me how critically important it is to teach your employees to network!Â  Many business people simply donât do this one simple thing which could dramatically boost their networking efforts.Â  It doesnât matter how much you may know about networking, or how well you network to promote your business, you never know what you could be missing out on if your employees were trained to network for you.

The bottom line is that until you teach someone how to do something effectively, expecting them to do it well â or even at all â is unrealistic.

As you might imagine, itâs far better to engage your entire staff in your word-of-mouth marketing campaign-not only at startup, but also throughout the life of your business. When you show employees how to network efficiently, they are much more apt to make efforts to network; and you will have a greater chance of gaining more business.

Try holding focus groups where you role-play ways to ask for referrals from other customers, friends and family.Â  Bring in local networking experts for in-house trainings.Â  Better yet, send your staff to a networking class, like the one’s conducted by the Referral Institute.Â  Â If you belong to a weekly networking group, bring your staff to those meetings one at a time so each member can see firsthand what networking can produce.Â  This also helps your networking partners feel that they know your business better, since theyâve been able to meet the people in your company. Â

Networking is a group activity; so, make sure to get your whole team on board with the process.Â  If you’ve done anything to get your employees involved in networking your business, I’d love to hear about it.

0 thoughts on “Teach Your Employees To Network!”