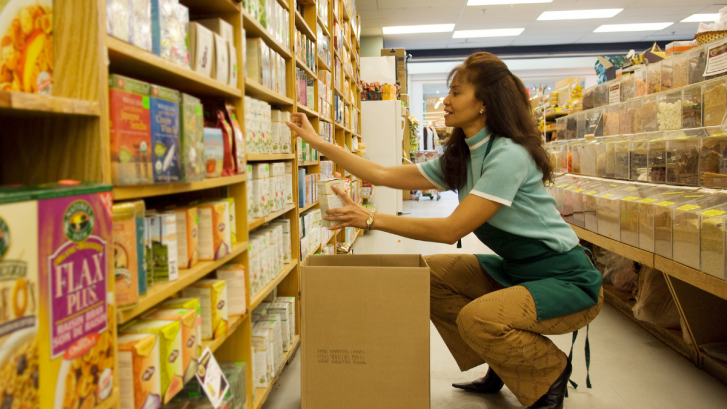 Recently, my assistant, Dana made a couple of suggestions to me.  She then asked if I minded her giving these suggestions. I immediately said that not only did I “not” mind her ideas, I wanted her to think and share her thoughts with me.  I then told her the following story about an experience I had many years ago.

When I was 21 years old, I was finishing up my bachelor’s degree in California.  I had scholarships to help but I still needed to work a job to pay for my living expenses.  I found a good paying position working for a large chain grocery store stocking shelves from midnight until 7 am four days a week.  Ugh.  That was brutal.  On some days, I would work all night, go home to get a shower, and then go straight to classes at 9 am.

Even then, I believed that sometimes You gotta do what you gotta do to get to do what you want to do.  Early on, I knew one thing for certain and that was that I did not want to work at a grocery store stocking shelves (at any hour of the day) for a career.  I came to that realization because of one conversation that I had with the “Early Shift Assistant Manager” of the store soon after I started my employment there.

The night crew had some serious quotas for boxes that had to go up on the shelves each and every night.  While it might not sound very hard, the truth is that it was back-breaking work and one of the most physical jobs I ever had. One morning as I was coming off a break, I had a conversation with the Assistant Manager. I suggested to him that I thought would help in moving the many pallets of boxes that had to be taken by dolly to every aisle in the store.  It was a small suggestion but I thought it might help.  That’s when the Assistant Manager gave me a “life lesson” that I would take with me for the rest of my career. He said, “Ivan, we don’t pay you to think!  We pay you to get lots of boxes on lots of shelves every single night.  Now get back to work.”

I Pay You to Think

I remember so vividly standing there and thinking – “Someday, I’m going to own my own business, and I promise that I will never, ever, say that to anyone who ever works for me.  Ever!”  In fact, I will tell them the opposite: “I pay you to think!”  I want ideas, input, and engagement from everyone.

I have no idea where this manager is today but if I ever meet him again, I would tell him that I appreciate that comment because it cemented my belief that managers and entrepreneurs need to do the opposite of what he said to me.  They need to listen to the ideas that employees have.  They may not all be gems but listening shows you care about them and their ideas.  It also gets engagement and possibly even a certain amount of loyalty because the employee feels that their input matters. I may not have applied this perfectly over the years but it is something that I have truly strived to always do with the people who worked for me.

I kept track of him for about ten years after I left the company.  At that point, he had been promoted to the “Main Shift Assistant Manager” and I was well on my way to building a global enterprise that now has operations in more than seventy countries.