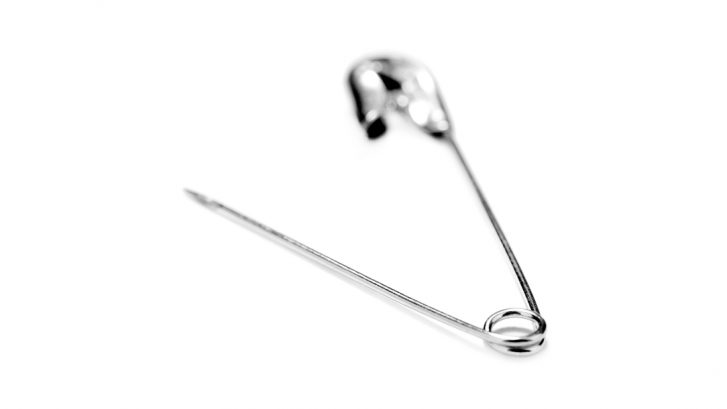 A year ago I published a blog called The Necklace, about a dream regarding my late wife, Elisabeth. I have had several prophetic dreams since then and I felt compelled to write about the most recent one.

Well, I knew I was headed out on an Antarctic expedition with Dorian in less than two weeks so as a lark, I put a safety pin in one of the pockets of my shaving kit.

Our first stop on the ship’s expedition was South Georgia Island. I brought along two flags for photographs on Antarctica.  One was a BNI® flag and the other was a BNI Foundation flag. 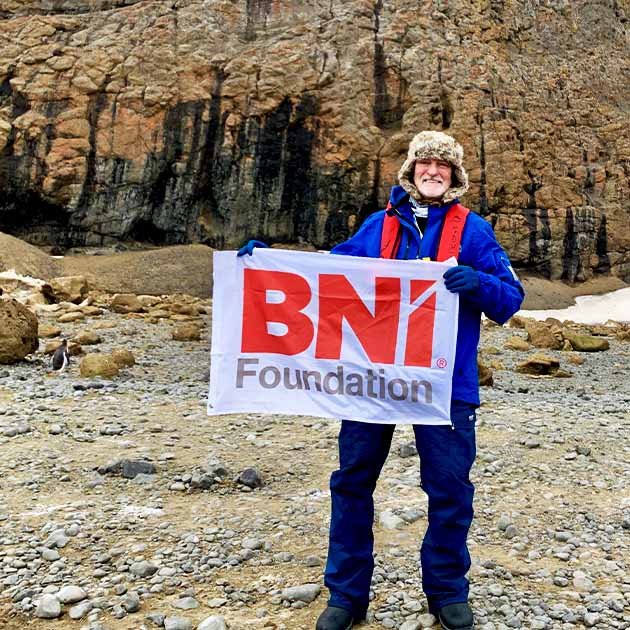 Elisabeth was the Co-Founder of the BNI Foundation and ran it for many years.  She was really proud of the work we did for charity through the Foundation. Dorian and I did a dry-run taking photos with the flags on South Georgia Island before we got to Antarctica. The BNI flag was heavier and the photos worked out fine.  However, the BNI Foundation flag came from another source and was much lighter in weight.  The wind caused it to flap all around and we could not get a good photo of me with the flag.

When we got back on the ship, I spoke to Dorian about what we could do when we got to Antarctica so she could get a good photo of me holding it. That’s when she looked at me and said, “do you have a safety pin?”  I said, “what?” (in shock with her using the same words as in my dream) and she said again, “do you have a safety pin?” She went on to say, “you can pin one corner of the flag to your pants, so it stays down for a photo.”

I then showed Dorian my notes from the dream that I had several weeks earlier. I also brought out my shaving kit and showed her the safety pin I brought because of the dream. We both sat there in shock and wonder about yet another prophetic dream that she was involved in regarding her mother.

If you look closely at the photo above and the blown-up photo below, you can see the safety pin that I used to pin the BNI Foundation flag to my pants because of the dream I had with Elisabeth.

I can’t explain it, I can only share it. 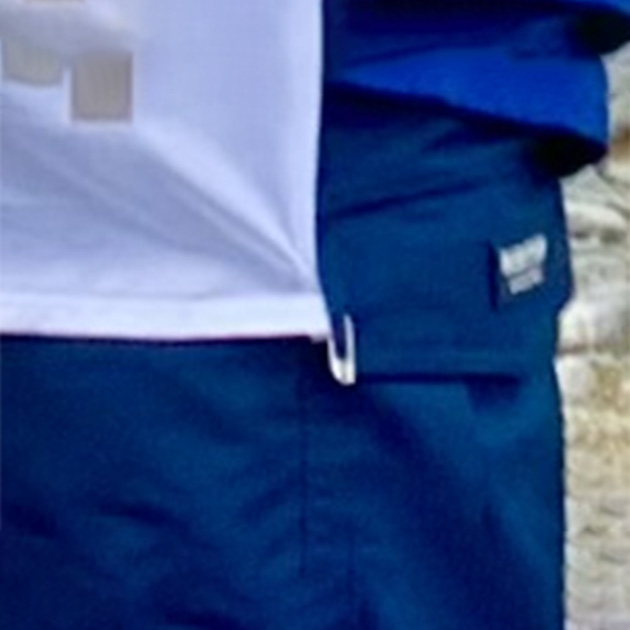