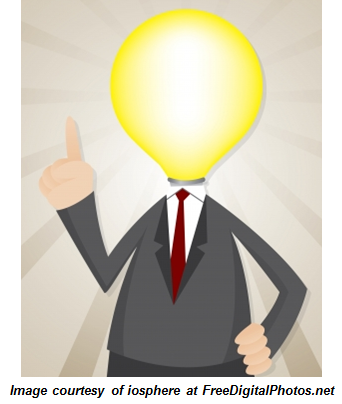 It was 11:30 AM in Paris last Wednesday and Beth (my wife) and I had a lunch meeting that was set for 12 noon with a couple business associates. As we headed out to the curb to get into a taxi in order to drive to the restaurant, we noticed something odd. There were no taxis in the taxi stand in front of our building!

Unbeknown to us, the taxi drivers in Paris, were all on a two-day work stoppage (yes, a strike) in protest of the “Uber” App, (a personal sedan service that can be requested via an app) which has been cutting into their profits, according to the taxi drivers.  Apparently, they are hoping that the French government will ban the use of Uber in France!

We have used Uber with great success in the United States, and had not thought about using the app while here in Paris. It has been so easy, frankly, to just step outside and into one of any number of waiting taxis, that we didn’t need Uber.

But standing on the curb in the quickly intensifying sunshine with little time to spare to get to our appointment, we wondered if there was any chance of using the app now to book a car for our lunch. Beth tapped the app on her iPhone and within seconds we received confirmation that our Uber sedan would be with us in 15 minutes. After only six minutes, the car pulled up on the curb in front of our building.

Anyone who knows me at all, knows that I put a high premium on a company’s ability to under promise and over deliver. They definitely did just that in the humid Paris heat!

As we headed to our lunch meeting, we began talking about the irony of the taxi drivers’ strike actually driving us (pun intended!) into the waiting arms of the very competitor they were protesting! What marketing genius thought of this blunder-head idea!? To me this is the perfect example of something I call the “unintended consequences of a ‘seemingly’ good idea.” Did no one have a conversation about how this would actually play out? Maybe something like – “let’s see, why don’t we go on strike to protest an online application that will – oh, actually force people to use that online application while we’re all sitting at the brasserie enjoying croissants.” Yea, really smart.

Because of their actions, we have now been reminded of how easy and pleasant using Uber is. There is no money to change hands – all payment arrangements are done through the app. We can enter the request for a car while finishing up whatever it is we are doing and then head straight out into the car once we receive the text notification that it has arrived. We can actually watch the progress of the car as a GPS tracker shows an icon for it en route on our Uber app’s map. Even better – the vehicle is very clean and professional (we drove in a Peugeot to the restaurant and in a Mercedes on the way back – AND it was less than a taxi ride!).

I really like the emailed receipt after being dropped off at our destination. It shows what the average speed of the drive was, the duration of the drive and the final amount. Even better is that Uber ROUNDS DOWN to the nearest dollar! I mean, who actually does THAT?

So, I would like to take this opportunity to thank the taxi drivers who held this work stoppage for reminding me how amazing their competitor really is. Talk about the law of unintended consequences! I wonder how many other people took advantage of this strike to become new Uber customers. I can tell you that I will be requesting an Uber car more frequently on this trip now as a result of the strike.

Dear Paris Taxi Driver’s Association, the year is 2014. The internet actually exists and will most likely not disappear no matter how often you go on strike. The Genie cannot be put back into the bottle. Rather than try to “ban” a competitor who actually had a good idea – why not create your own app (as some taxi companies around the world have!) and join the rest of us in the 21st century.