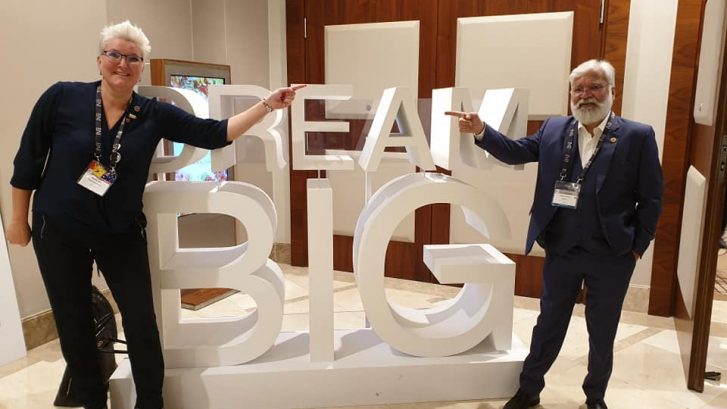 Our 2019 BNI Global Convention just wrapped up. I wanted to take a moment to thank everyone who joined us from around the world at this exciting event in Warsaw, Poland.  Dziękuję Ci. This year’s convention is all about our theme, Dream Big. Therefore, I want to share a few thoughts for those of you not in BNI on how you can reach your goals when you dream, believe, and achieve…

Do you dare to dream? If so, you are a results-oriented person. Dream big to help you transform your own life, both personally and professionally, and contribute to making the world a better place.

Marcia Wieder, CEO, and Founder of Dream University was our keynote speaker at our 2019 Global Convention. She spoke about the entrepreneurial mindset of having a dream for your business and how to successfully realize that dream.  I met Marcia through the Transformational Leadership Council which we are both members of and, let me tell you, Marcia is truly the best of the best of when it comes to understanding this facet of your business. Please watch this video to learn more.

Marcia explains that in business, dreaming is serious business; it’s the driving force for transformation and without vision, many companies fail.

A dream without a plan is just a fantasy. It is your thoughts about believing in your dream which will lead to achieving your dreams.

In the book, “Psycho-Cybernetics” by Dr. Maxwell Maltz, he recommends “steering your mind to a productive, useful goal so you can reach the greatest port in the world, peace of mind”. If you believe in yourself and believe that you can achieve your goals. you will. However, you need to take the next step.

The “Law of Attraction” is the belief that positive or negative thoughts bring positive or negative experiences into a person’s life. This belief is based on the ideas that people and their thoughts are made from pure energy, and that a process of like energy attracting like energy exists through which a person can improve their health, wealth, and personal relationships.

The Law of Attraction is powerful. However, “action” is part of the word attraction. Therefore, you must take action to achieve your dreams. I firmly believe taking action (beyond simply showing up) is key to achieve real results. Making a plan is meaningless if you don’t shift toward action. You can’t make improvements through thought alone. You can also start to achieve your dreams with these six simplest actions you can take.

Reach your goals and create a better life when you dream, believe, and achieve…

Woody Allen is often quoted as saying that “80% of success is showing up.”  It’s a great phrase and there certainly is some truth to it (you may be able to guess what’s coming next . . .); however, is it completely accurate?  I don’t believe so.

I believe showing up is, indeed, the first step toward success yet there’s a lot more which must be done after simply showing up in order to achieve any degree of significant success.  I bring this up because a year ago I had a conversation with a man about his participation in a networking group and he used this quote from Allen to argue that he should be experiencing significantly more success from his networking efforts than he currently was, simply due to his dedication to showing up and maintaining perfect attendance at networking functions.  I asked if he was doing some specific things which I feel are very important in order to succeed in a networking group and he said “no.”

I told him that I firmly believe taking action (beyond simply showing up) is key in order to achieve real results and, to put it mildly, that did not make him happy; he was beside himself with agitation in response to my suggestion.  He felt that just being there regularly at meetings and functions should yield the results he wanted from his network.  Well, based on the results he was getting, he was absolutely mistaken.

Years ago, I was filmed by Rhonda Byrne for the film – The Secret (about the law of attraction).  If you saw The Secret and don’t recall seeing me in it, that’s because the segment of film I was featured in ultimately ended up being cut during the editing process.  However, what I talked about in that never-aired segment was that one of the things I love most about the law of attraction is that it’s a great starting point for success (in my opinion).  I’d like to take a second though to clearly point out that the word “action” is part of the word “attraction.”  I believe we must first attract what we want in life but that’s not where things end . . . we must then do our part taking the appropriate action in order to achieve what we desire.  Unlike a portion of the film which talks about having a personal genie who will do your bidding upon your command, I believe WE are our own “genie” and that we must take action to attract and achieve what it is that we want.  Attraction without action is basically wishful thinking.  Wishful thinking alone does not allow you to achieve success.

Going back to Allen’s assertion that “80% of success is showing up”–showing up is indeed taking action and this is certainly the first step toward success, which is why I think what Allen says has some truth to it.  However, just showing up is in no way enough.  I believe you actually have to do something when you show up in order to really obtain success, no matter what it is your aiming for in life (what a notion).

What you have to do depends on what you are trying to accomplish.  For the man I was talking to last year, he wanted more results from his network.  Some of the actions I told him he needed to take were to:

There is so much more he could have done but the list above is a good start for any networking action plan.  I am pleased to say that, to his credit, he actually took my advice (especially the bit about immersing himself in referral education).  Not long ago, I spoke with the man again and he shared with me that his referrals have gone up dramatically over the last year.  Interestingly enough, we ended that last conversation with him stating, “Woody Allen only got it partially right . . . 80% of success BEGINS with showing up.”  Needless to say, I agreed.

I’d love to get your feedback on what I’ve talked about in this post.  What are your ideas about the law of attraction in relation to success?  Are there specific action steps you’ve taken which have made a dramatic difference for you on your path to success in one or more of your networking, career, or life endeavors?  Please leave your thoughts in the comment forum below–I’d love to hear from you! 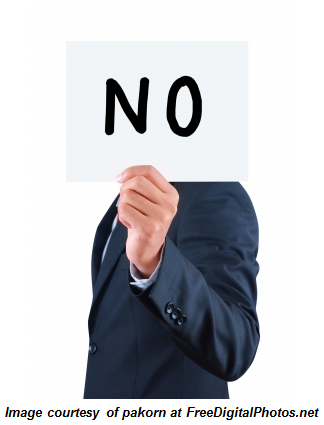