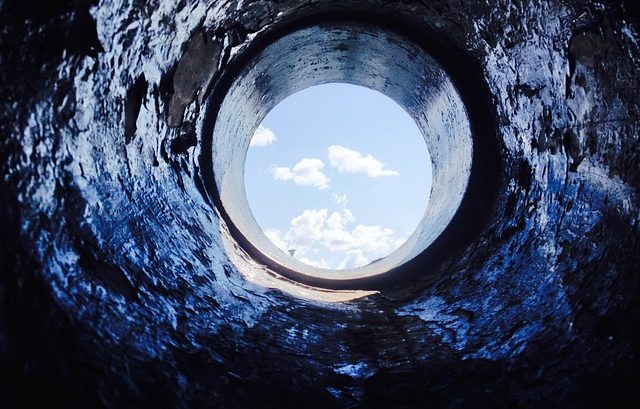 In Good to Great, Jim Collins opened up a whole new paradigm for many people.  He showed us that “bad” is not the enemy of “great.”  “Good” is the enemy of “great.”  Everyone can recognize when something is really horrible.  It is, in fact, “good” that is the enemy of great performance.  We’ve all heard the expressions: “it’s good enough,” “things are ok,” “it’s not bad,” “we’re doing alright,” “hey, it’s good enough for government work, right?”  This is metastatic mediocrity at work.

I love what I do, and I am passionate about helping people improve their businesses and their networking efforts to achieve success.  While doing this, I sometimes come across people who would like to be more successful, but they aren’t really committed to making a change in their circumstances.

They have what I would call a “success disconnect.”  They want to be more successful, but for some incomprehensible reason, they don’t see a connection between their desire for success and the behavior they are embracing.  On one hand, they say they’d “like to be making more money,” but then a few moments later they’ll say things which indicate that they are uncomfortable making the necessary changes.  Take my absolute favorite success disconnect statement: “You don’t understand, Ivan; this won’t work here because…” then fill in the blank with the excuse de jour. Over the years, I’ve found that “good enough,” eventually leads to “metastatic mediocrity.”

I call this condition the “I HIT HIDWAL Syndrome,” or:

You may be reading this and thinking, “this is a crazy statement” – but give it some time.  I promise, you will be out talking to someone in the future, and you will hear them complaining about their circumstances.  You will then offer them a referral to someone with ideas that will help them, or you may give them some ideas of your own that could help them, and they will tell you all the reasons those ideas won’t work for them.

At that moment – I want you to STOP and think about this article and envision a great big sticker on that person’s forehead that reads: “I HIT HIDWAL.”

Now you and I both know that they may really “need” a ladder – but they just don’t “want” a ladder. My entire professional career has been dedicated to those who want a ladder!  I want to work with people who recognize they are in a hole and they want out.  I have also learned over time that when it comes to taking advice – some will, some won’t, so what!  Not everyone is in the place where they recognize they even “need” the ladder.  Before they can “want” it, they need to recognize they “need” it.  If they don’t recognize they need it, then offering them help (or a ladder) will be of no use whatsoever.

I’ve also learned that I can’t help the ones that think the “hole” is the natural state of things.  These are people who’ve become comfortable with where they are and have become so accustomed to the great big hole they reside in that they think it’s just part of the landscape.

I can, however, help the ones who recognize their condition and know they want out. More importantly, they not only want out of the hole they are currently in, but they will do just about whatever it takes to get themselves out of that hole! We can only help those who are ready and willing to be helped.

As an entrepreneur in your profession, you will meet people that need your help all the time.  My advice to you is: figure out if they’re ready for the ladder.  If not, let them know you’re ready for them when they’re ready for you, and then move on to someone who desperately wants that ladder you’re going to send down to them.

Good is the enemy of great.  Look around.  Are you in a hole? Do you know people in a hole?  There’s a way out.  I promise. Find someone who can be a mentor and a coach — even a “virtual mentor” in books and videos. Find someone with the ladder that is needed to get out of that hole and start climbing out to success.