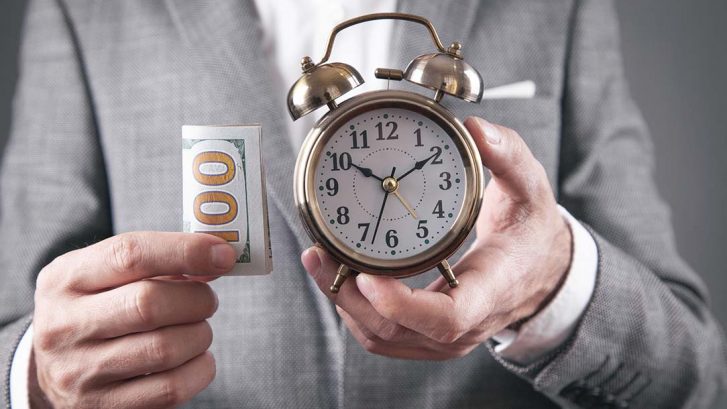 A BNI® Executive Director told me that before becoming a BNI Member in 2014, they had a home security business for 16 years. For five of those years, they spent $5,000 USD a month to advertise in the Yellow Pages part of their local phonebook. They spent $300,000 USD in five years to get some leads! They only got leads – people who were calling around to two or three companies listed in the phone book. As the leads dwindled, they invested in a membership in BNI, a global networking organization, and within two years the amount of business they received was at the highest level of what was achieved from all the Yellow Pages advertising. Their monetary investment in their membership was substantially less than $5,000.

Business networking takes time AND money. To be effective, you must invest in both.
By investing the time to build relationships with fellow members of the group, this person received real referrals – a warm introduction to customers who were looking for their services.

Oftentimes people get so caught up in the money part of networking, that they neglect the building relationships part and the time that is necessary for successful results. Paying more money does not always mean that you get more results.

How do you know if your networking efforts are paying off for you? You can do some simple tracking.
How many business organizations do you belong to?
How much time do you spend in networking efforts with people in that organization?
How much money does it cost to belong to the group? This includes travel to meetings, meals, and other expenses in addition to the membership fee.
How much money have you made from business generated in each of the organizations?
Which people in your groups are the ones giving you referrals that result in closed business?
Are you consistently thanking those people, and are you looking for ways to also give referrals to them?

If you are paying for group memberships and are simply “busy” with networking activities without creating deep business relationships, it is hard to reach the goals that you want to achieve. By measuring the time and money you give to your networking efforts, you will be able to adjust your networking strategies to make them more effective in getting the results you want.

Thank You for Closed Business

In BNI, the members use a mechanism called Thank You for Closed Business (TYFCB) to track the amount of business generated between, and for, each other. Reporting the TYFCB provides a way to recognize the people who pass quality referrals to other members. It also allows each BNI Chapter to see the combined results of their networking efforts in tangible numbers. Many of the 10,400+ global BNI chapters regularly generate $1+ million USD each month for their members.

In fact, in the rolling last 12 months, BNI Members generated $18 Billion USD in Thank You for Closed Business! That’s an enormous figure. Because it can be hard to imagine a billion of anything, we’ll explore that figure in another way.

Beyond the Dollar Figures

Yes, tracking our networking activities can show us the dollar figures that result from those efforts. However, there is more beyond those figures that may be harder to see. There is also the community impact. We all live in the smaller economies of our cities, towns, and neighborhoods. Those networking dollars help to stimulate local economies and contribute to the huge economic engine that is moving all over the globe.

It takes time to build a business – you have to spend time cold calling; you spend time talking to your existing clients to get referrals; you’re going to do advertising which costs money. Oh, and how do you make the money? You make the money by spending a lot of time doing direct selling. To me, networking is so much easier than direct selling. And it’s a great use of your time because it truly is about farming not hunting.

You may be in business alone, but you do not have to BE alone in business when you are part of a powerful network. Successful business networking takes time AND money. Investing your time with like-minded, positive people, and building strong business relationships will help you reach your goals.

If you were paying $5,000 a year for your network – how would you treat it differently than you are now?  Try treating it like that type of investment and see what results you get.