The new video for International Networking Week® 2014 has just been released!

This short, six-and-a-half-minute video, sponsored by the Referral Institute, explains how the week of February 3rd-7th, 2014 will bring about great opportunities for businesspeople around the world and increase worldwide awareness about the powerful benefits of business networking.

2014 will mark the 8th annual celebration of International Networking Week which is now recognized by many countries across the globe, with thousands of events being held during the week. One of the main goals of the week is to help businesspeople everywhere build their networking skills and expand the opportunities within their reach.  In the video, I talk about Stewart Emery’s “Who’s in Your Room?” concept within a networking context and how International Networking Week presents a great opportunity to reassess the people currently in your life and reach out to people who you want in your ‘room’ but may have lost contact with or need to build a relationship with. 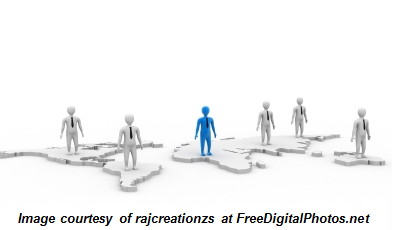 Stewart Emery (Success Built to Last) was over my house a few months ago.  At breakfast one morning he told me about an interview he did with a well-known billionaire in the computer industry.  The billionaire shared an intriguing story with Stewart about an experience he’d had when the senior executives of a company interested in purchasing his company visited his office to discuss the possible purchase.

At lunch, the billionaire told the senior executives of the company he was negotiating with that he was going to take them to the Executive Dining Room.  They followed him to the dining room which was very nice but not extravagant.  But that wasn’t the big surprise.  The surprise was that the dining room had a buffet line.  Moreover, the billionaire walked up to the buffet line, picked up a tray, and stood in line behind everyone else.  The executives looked around the room as it filled up and they realized that this room was not an “executive dining room” but was the company dining room.  The boss stood there in line with all the employees.  He spoke to everyone.   No one was afraid to talk to him.  In my opinion, he didn’t lead by being above them; he led by being among them.  Stewart told me that the billionaire said the management team was surprised by the fact that he and all the executives ate with all the employees.  One of them commented that this would have to change.  For the boss, it was a test.  This was not the kind of company that he wanted to sell his business to.  The negotiation ended that day.

Sometimes when people meet me, they say that they are surprised that I am approachable.   I find that interesting.  I think they feel this way because sometimes we, as leaders, act in a way that people perceive as unapproachable.  We act “better than” to other people.  I believe people should be surprised when a leader is unapproachable, not when they are approachable.  The problem is that we live in a world where success sometimes creates a sense of separation (with both the organizational leaders and others).  One of the key things to embrace in a successful company is the sense that the boss, the owner, the senior executive(s) are, in fact, approachable.

What are your thoughts on this matter?  Please feel free to share any relevant stories and experiences you may have.