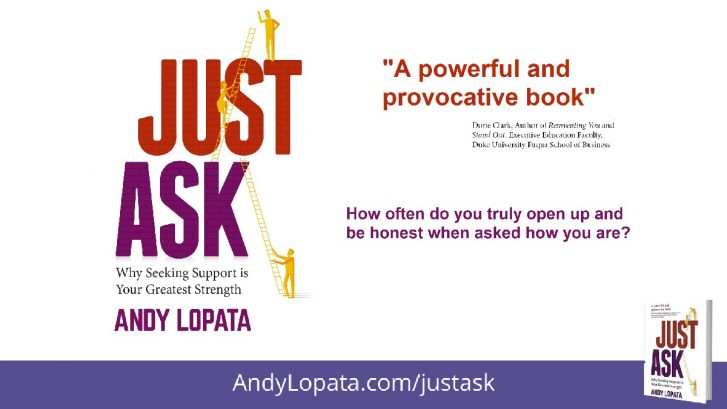 Today’s guest blog is an extract from Andy Lopata’s book, “Just Ask”, about when was the best time for me to share my cancer diagnosis with others.

When Ivan Misner was diagnosed with prostate cancer, working out how to fight his illness was just one challenge he faced.

Ivan was the figurehead and CEO of the world’s largest face-to-face business networking organisation, Business Network International (BNI). As much as he might have liked to focus on his medical challenges with just the support of family and close friends, he didn’t have that option. Particularly as he had chosen to fight the cancer naturally, by drastically changing his diet.

Ivan told me how he planned to share the news with his wider network and different stakeholders in his business. “People are going to find out, they are going to ask, ‘Why are you eating so crazy? Why are you losing weight?’ I’m going to doctor’s appointments all the time, so I figured just talk about the elephant in the room, calm everyone down and tell them that you have a plan.

“I made a list of eight different levels of people. Number one was extended family; my wife and kids were technically number one but they found out immediately. Number two, close family friends. Number three were key management people in the company, the top managers in BNI.

“Number four were the employees at headquarters. I literally called a staff meeting and said, ‘Hey, this is what’s going on, I just wanted you to know, what questions do you have for me? That was really important; if you don’t let them ask their questions, they are going to be asking each other and they are going to be making stuff up.

“Franchisees worldwide were number five. The sixth one was global employees and independent contractors. Number seven was an email that directors could share with members and number eight was a public posting on my blog.”

Ivan was inspired by self-development guru Brian Tracy, who had suffered from throat cancer a couple of years before and who had been very open on his blog about his journey. Ivan resolved to share ‘the good, the bad and the ugly’, making sure that people would know at all times how he was progressing. He posted every three or four months for the first year and then once a year after that.

“It calmed everyone down. This may not work for everyone but I liked it because everyone knew I had a plan. I kept saying to them, ‘If it doesn’t work, I will go and get surgery, I promise.’

“You can’t control the message but you can manage it. I was constantly managing the message, to the point of writing a book sharing the full story and the recipes that I used to completely change my diet”.

Timing is a key factor in ensuring that you benefit the most from sharing with the people around you. Leave something too long and you may find that you’ve missed the moment when other people’s help would have been most effective or their suggestions would have worked. You also face the risk, as Ivan observed, that people notice for themselves that something is wrong and you start to lose control of the message.

If you ask too early, you may feel that people will see you as someone who is not able to find solutions for themselves, who panics or who overshares. Every situation is different. Ivan calculated when he should share his news with each interested party to remain in control of the conversation. Think about the best time to share and whether different people need to be involved at different times. 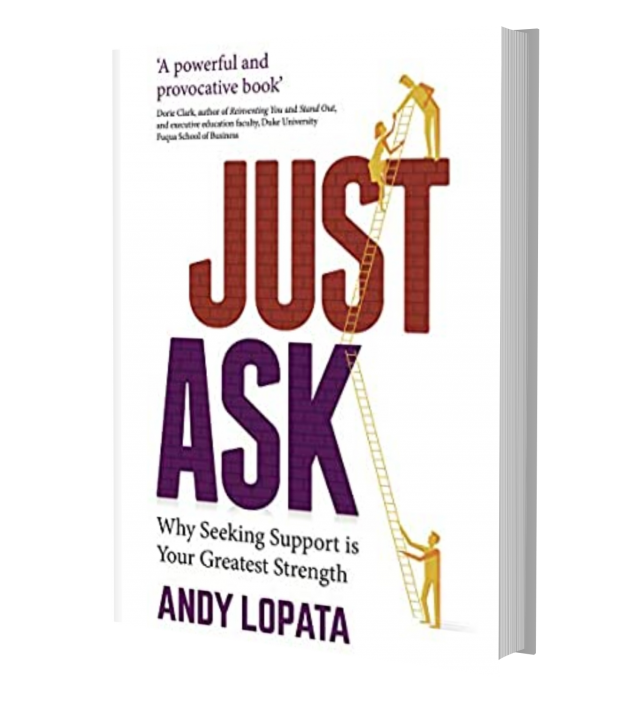 The book is available to buy on Amazon (UK) and via Amazon (US) and from booksellers around the world.

Digital copies of Just Ask are available via: http://lopata.co.uk/justask/

You can also order it from an independent book retailer in your area.