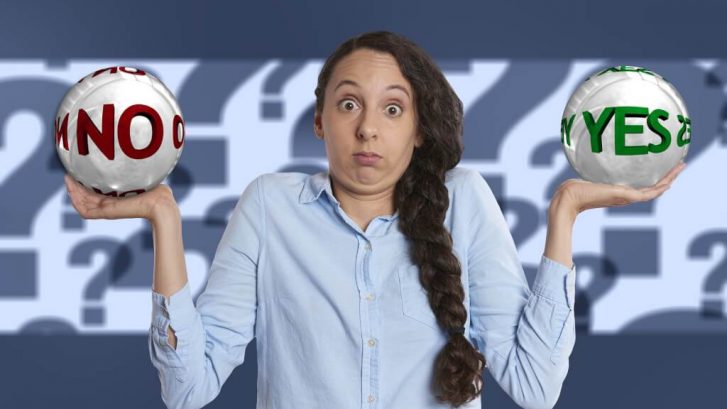 To network well, you really need to learn how to help people, build relationships, and support your connections in some way.  But sometimes, just sometimes, you need to also say “no” to requests that are made of you. The word “no,” can, in fact, be a one-word sentence.

Here are four more ways to say “no” and not come across like a jerk (or worse).

Sometimes the request and my response are very simple.  For example, when someone tries to get me to have a piece of cake or pie – I simply say thanks, but I don’t eat processed sugar.  When they say something like, “oh, just a bite,” I have no problem telling them they should feel free to have my bite – because, I don’t eat sugar. To learn why, read my book, “Healing Begins in the Kitchen“.

One of the really humorous things to see on the old TV series, Seinfeld, was how the characters would go off on some crazy subterfuge or ruse that was complicated and ended up getting them in more trouble than if they had just been candid to start with. Be polite but be honest and be direct.

If you are unable to do something that you’re being asked to do, offer them something else instead.  For example, I am always having people ask me to send some communication out to my entire mailing list.  The answer is always – “no.”  However, with people I know and trust, I propose something else.  I propose that I post it on my social media instead.  That generally works just as well to post on my facebook page to maintain the relationship.

When you say it, mean it.

Be a broken record.  Sometimes, people don’t take “no” for an answer.  I try to be polite, smile, and repeat what I said before (on some occasions, I’ve repeated myself three times before they realized I really meant it).

One important thing to note is; don’t become addicted to “no.”  I look for opportunities to help people and to say yes.  It’s only when I really, truly, can’t help or believe that I’m not a good fit for their request – that I actually say “no” to people.  Many times when you say “yes,” there is an opportunity cost to you for saying yes.  You have to be clear in your mind whether this is truly an opportunity or a distraction.

Don’t get me wrong, I am totally good with saying “no,” to people when it is necessary. The secret is: how do you say “no” without sounding like a jerk? The older I get, the more I have learned to say, “no thanks!”  (Ok, it’s two words but it’s still a sentence).