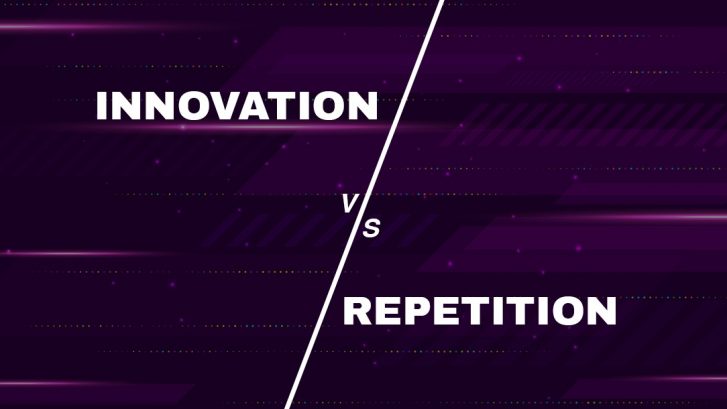 If you consider the concept of repetition – doing things the same way for long periods of time for the sake of simplicity and the feeling that repetition is an important part of being successful, where does innovation fit in?

If we are always doing the same thing over and over again, where does creativity come in and how do we get better at what we do?

Businesses need innovation as well as repetition for success. Innovation has to be done with a plan, and it has to be planned innovation. That seems counterintuitive, but you can’t just innovate willy-nilly and expect positive results.

I think the biggest mistake that most businesses make is they don’t do the repetition. Timed repetition is one of the reasons why the organization I founded in 1985, BNI®, is as successful as it is. It is meeting each week, doing that weekly presentation, having a speaker at the meeting, passing referrals every single week. These are all things that are repetitive and create a foundation for success.

Boredom Is Not a Reason to Change

What often happens with businesspeople is they just want to change stuff because they get bored. Boredom is not a reason to change. Boredom is not a reason to completely change up everything you are doing. You can make a change in an element of what you are doing, but I would urge businesspeople — do six things 1000 times, not 1000 things six times.

I recommend that you innovate by trial and error. Try something new in a small test area, then do it on a somewhat bigger scale, then try it in one whole segment of your market. Then, only when you have had those successes do you roll it out company wide.

Innovation takes place through trial and error, not haphazardly. That is a way to incorporate innovation into the structure that already exists.

Don’t just make changes because change for change’s sake is NOT innovation. Innovation comes through testing and experimentation, trial and error. Change things with a plan and a system and a process to measure results. That is the key. That is the way that you do innovation, not just to change things up and make them different; it is purposeful.

The most successful businesses are the ones that understand that you have to find a system and then follow it consistently. If you want to establish creativity in that system, that’s okay, just do it within the structure and the confines of the system.