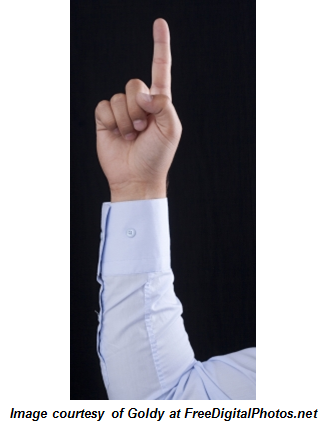 A few months ago, I started watching some episodes of “Shark Tank” and I got hooked!  There are some serious business lessons that can be learned by viewing the show and I saw one of them last week while I was watching a rerun from a previous season (it’s sad, I’m completely hooked now and I’m checking out past episodes).

There was an entrepreneur on the show by the name of Raven Thomas.  Raven started a food business called, The Painted Pretzel (pretzels covered with chocolate and other confectionaries).

She had a pretty good business and, according to the panelists (The Sharks), a product that was delicious. After a fair amount of discussion, Lori Greiner (one of the Sharks) got down to the end of the conversation and asked, “Why should we invest in you?”   I realized at that moment that this was the big question and I knew Raven’s answer could make or break the deal.  Raven replied to Lori with… “The main reason is that I have two little kids and . . . (blah, blah, blah, blah, blah).”  I immediately paused the show, looked to my wife Beth, and practically screamed “She just blew it!  She totally gave a relational answer to a bunch of transactional SHARKS!  They don’t care about blah, blah, blah, blah, blah, they want something closer to ‘show me the money’ than ‘I love what I do!’”

Beth replied, “You have to know your audience when you are talking about your business.” Her statement was spot on.   Before I started up the episode again, Beth and I talked about how crucial it was for Raven to speak the language that the Sharks speak if she wanted them to invest in her.  She needed to speak a language focused on opportunity, growth, ROI, and cold hard cash.  Instead, Raven talked about how she felt about her business and how it related to her children.  Her answer failed to include anything at all that the Sharks would relate to as serious, analytical business investors looking for reasons to convince them Raven’s business would be a wise financial investment.

Raven Thomas of The Painted Pretzel

I resumed watching the episode so I could witness the train wreck which I was sure was about to ensue.  To my astonishment, Robert Herjavec gave Raven a “do-over” (I really like this Shark – if I ever have the chance to be a panelist on a business show, I’d like to think my style would be similar to his).  Robert looked at Raven and gave her a chance to give a better answer by saying to her, “Let’s do that again.” She took a moment and said, “A good reason to invest in me is that I had to walk away from a $2 million deal because I did not have the capital to fill the order . . . and that door is still open.” This answer was a show stopper—it completely landed the Sharks’ attention.  Within a few moments, Mark Cuban (Shark and owner of the Dallas Mavericks) offered Raven $100,000 cash and distribution of her product at his stadium and at each location of the movie theater chain he owns!  She, of course, said yes to Mark’s offer.  As a result, she now expects that her company’s sales will exceed $1.2 million dollars this year!

The lesson to be learned here is that it is absolutely imperative to know your audience and tailor your comments to suit the people you’re talking to.  This is an extremely important lesson in both the business arena and the networking arena.  In fact, it’s one of the main reasons why I recommend that when you first meet people, you begin by asking them questions about themselves prior to speaking in length about yourself.  The more you know about the people you’re talking to, the better able you will be to craft your own message in a way that effectively resonates with them.

I’d love to hear either a success story or a horror story that you might have about people “knowing” or “not knowing” their audience.  Please share your story in the comment forum below. Thanks!