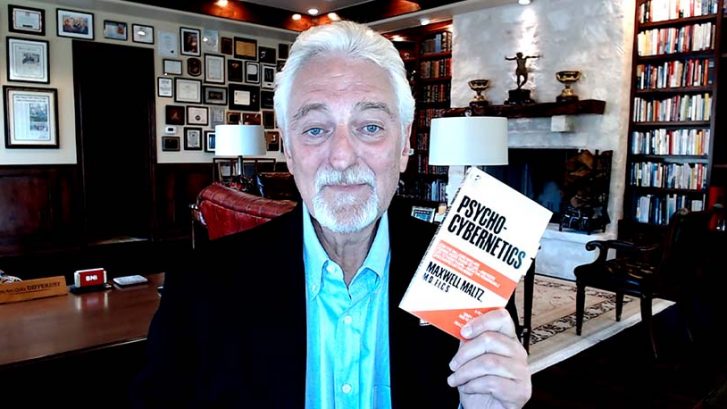 What is it about human nature that causes many of us to focus so much about problems that we don’t spend enough time focusing on solutions?

I feel like I’ve spent my entire career nudging people to focus on solutions.
Why? What started my journey down the solutions path versus the problems path?

It was 1972. I was a high school Junior on the varsity football team. The head football coach gave us all a “bootlegged” cassette tape audio recording called Psycho-Cybernetics. He copied it for every football player on the team.

I listened to that tape over and over and over again. When I realized that the recording was just a summary of the book, Psycho-Cybernetics by Maxwell Maltz, I went out and bought the book because I wanted to know more.

It’s amazing to me how it influenced the person that I was to become. The book that I bought in 1972 influenced my focus on solutions.

Words in the Book

“Decide what you want, not what you don’t want.”
“He visualized success.”
“Happiness does not lie in the future; it lies in the present.”
“His self-fulfilling prophecy made failure certain.”
“You make mistakes, mistakes don’t make you.”
“Think in terms of possibilities.”
“The choice is always up to you.”
“Old recordings can be changed.”
“Put more years of life and more life in your years.”

These are all words that are in the book. Words that became part of the foundation for BNI®, the organization I founded in 1985, and words that are woven into the messages that I have shared for many years through interviews, books, and presentations.

The Power of Positive Thinking

This book influenced me a good deal. Psycho-Cybernetics helped me think about the power of positive thinking and it is a concept that I have embraced for decades.

We all have opportunities to make a difference in many people’s lives. Not by the problems we identify, but by the solutions we create when we keep the FOCUS ON SOLUTIONS.