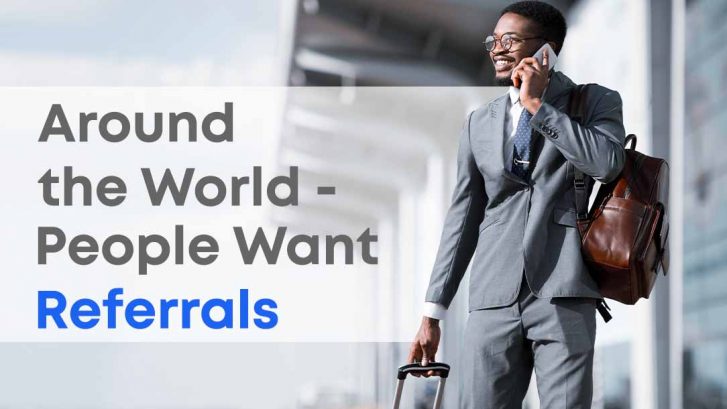 The idea of growing your business through referral marketing is a concept that crosses cultural, ethnic, and political boundaries.

During the time that BNI was first expanding to many countries around the world, I was frequently told that this type of networking wouldn’t work in other places. Ironically, the first time I heard “this won’t work here, we’re different” was from someone is Southern California talking about people who were 25 miles away in another part of Southern California!

I later realized that this person just didn’t want to do the necessary work to build their referral business. Rather than say, “I don’t want to do that”, it was easier to say, “we’re different here”. I was amazed that some people refused to follow the tried-and-true fundamentals that were proven to create referrals.

Building a Personal Network of Trust

You need to invest the time to gain trust and credibility within your network to generate the referrals you seek. Here are some networking tips for building relationships with foreign – and local – businesses.

The value of having your personal network of trust applies wherever you do business.

My experience has shown that people in any entrepreneurial economy can use a networking system to improve their business. If this system is done within the cultural context, the networking concepts and techniques are also completely transferable from one country to another. The truth is that business is business when it comes to relationship marketing, regardless of culture, ethnicity, or political persuasion. Most entrepreneurs want to conduct business more effectively to get results.