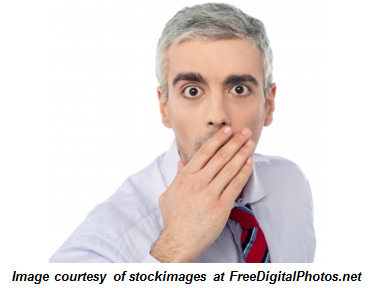 TR Garland (pictured with me in the photo below) is a friend of mine and co-author of one of my most recent #1 best-selling books called Building The Ultimate Network.

For some time now, we’ve both observed a need to drill down on one of the most important and foundational concepts to networking – The VCP Process®.  A while ago, we started a much-anticipated 12-part series of blog posts which addresses this and contains some very timely information for networkers across the globe. Today, we’re proud to share with you Part 11 of the series. Enjoy.

In Part 1, Part 2, Part 3 , Part 4, and Part 5 of this series, we introduced and re-introduced the concept and steps of The VCP Process® to Networking for our readers through brief anecdotes, relevant comparisons, and sometimes even humorous situations. For Parts 6 and 7 we even shared with you video trainings from the both of us.

In Part 8, we suggested some behaviors that you can use on a weekly basis to increase the number of referrals you receive. And, as a result, we got a couple phone calls complimenting us about how that particular blog post clearly outlined what type of behaviors a successful networker should be practicing on a weekly and monthly basis – and we were asked to provide more. We fulfilled that request in Part 9.

And, in Part 10, we addressed that ‘Mindset’ has as much to do with your success in networking as ‘Skillset’.

Today, we’re going to build upon all of the varying topics and techniques we’ve used to help you understand how best to Navigate The VCP Process® To Networking.

Let’s begin by asking you a very important question–What is the MOST famous speech in the history of the United States?  (Yes…we understand that many of our readers are internationally-based. We appreciate that very much. With that said, please bear with us and you too will be pleasantly surprised by the end of this post at what you’re about to learn.)

Okay. Now back to the question. What’s the MOST famous speech in the history of the United States?  Anyone? . . . Anyone?  Was it President John F. Kennedy (i.e., JFK) in which he said, “Ask not what your country can do for you, ask what you can do for your country.”?  Was it Dr. Martin Luther King (i.e. MLK) in which he said, “I have a dream that one day this nation will rise up, live out the true meaning of its creed: ‘We hold these truths to be self-evident, that all men are created equal’.”?  Or, was it Abraham Lincoln (i.e. Abe) in the Gettysburg Address in which he said, “Four score and seven years ago our fathers brought forth on this continent a new nation, conceived in liberty, and dedicated to the proposition that all men are created equal.”?  Have your voting ballots been placed? Are you ready for the answer?

Now, here are another 3 questions for you:  How long was MLK’s speech?  It was 1,651 words.  How long was JFK’s Inaugural Address on January 20th, 1961?  Well, it was 1,366 words.  How long was the Gettysburg Address? . . . Anyone?  It was only 272 words. It was only 2 minutes long. It was only 10 sentences.  Therefore, one could interpret that it was CLEAR, CONCISE, and COMPELLING. And, by being all three of these, the audience who was listening “got it” the first time Abraham Lincoln delivered his speech.  Did you know that there was actually a Featured Speaker that same day that spoke for over 2 hours? We didn’t. And, most people don’t know that either. His name was Edward Everett and this proves our point today.

So, our recommendation to each and every one of you reading this today is to tell this story to your BNI Chapters, Chambers of Commerce, and other Networking Groups you’re involved in.

We understand that many of you are from a variety of different countries. Yet, this doesn’t matter. It doesn’t dilute the important point that’s been made. After you tell your BNI Chapters, Chamber Members, and others whom you network with this story, let them know that you are going to work with everybody to make sure that their “messaging” is CLEAR, CONCISE, and COMPELLING.  Because, if it’s not…it simply won’t be as effective in today’s networking environments.

In closing, let’s take a very valuable lesson from the History Books. If Abraham Lincoln could make such a difference and be remembered decades & decades later after delivering only 10 sentences, what are YOUR 10 SENTENCES that will make a massive impact on your network?
We thank you for reading today’s post and extend an invitation to be on the lookout for next month’s contribution to this series – Part 12 called “Using Social Media To Navigate The V-C-P Process®.”