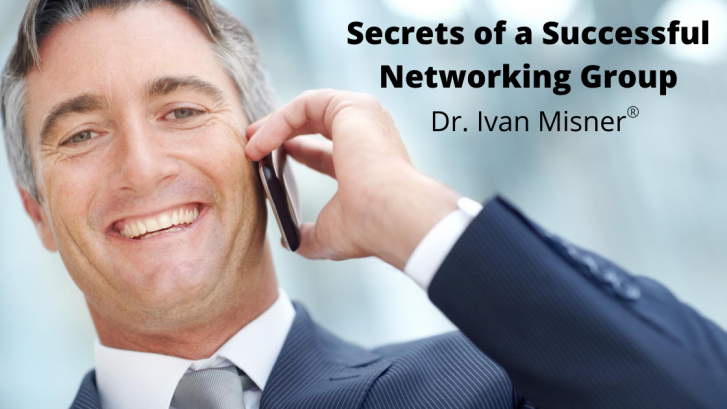 To help your networking group be successful, I have identified four important tips to consider when inviting visitors, selecting new members, and encouraging mentoring by your experienced members. Please note that in BNI® we call our networking groups “BNI Chapters”.

In any strong networking group, inviting qualified visitors is important. These groups become stronger because they tend to select new members who are more experienced in their profession. Seasoned professionals are more likely to have an already established network. Therefore, qualified visitors quickly become “qualified members” because they are more likely to pass qualified referrals to their fellow members using their own established network.  Furthermore, inexperienced people tend to pass leads as new members while they are building their network. There is a big difference between a “lead” and a “referral”.

When giving referrals to others, you want to ensure that you are recommending someone who is experienced at what they do. This is a trait that is even more important to your networking group than inducting someone just because they are well connected to the community. Do not gamble upon inducting new members who are inexperienced in their professions even if they have sizable networks. Therefore, I highly recommend that all of our BNI chapters’ Membership Committees take the time needed to fully vet and assess the level of experience of all applicants before inducting them into your BNI chapter or networking group.

3) Strike a Balance Within Your Networking Group

A successful networking group should strive to seek a balance between “old pros” and “newbies.” Groups with only experienced older members can become “stuck in their ways” of networking. They also tend to stop inviting visitors to the chapter. They either claim that they have already invited everyone they know over the years or they often do not perceive visitors as being as important to the business as they once were. Meanwhile, a group made up mostly of inexperienced people can be too frenetic as they tend to pass more leads than actual qualified referrals.

In a successful networking group, I have observed effective mentoring between the experienced members and the newer members. Therefore, networking groups become stronger when the experienced members take newly inducted members under their wing in a mentoring relationship. The mentoring does not need to be a part of a formal training structure. I suggest just scheduling a few one-to-one’s between these two members. Take a little time to coach the new members on the finer points of word-of-mouth marketing. It is a real win-win.

As entrepreneurs become increasingly informed and educated about the tangible benefits of growing their business using a structured word-of-mouth program like BNI, many of them are seeking out a local BNIonlineTM chapter to visit virtually during an upcoming Zoom meeting. Therefore, I believe this is valuable information for entrepreneurs who are considering actively participating in a BNI chapter. If you are already a BNI member on your chapter’s current or future leadership team, incorporate these tips to grow your BNI chapter as a successful networking group.