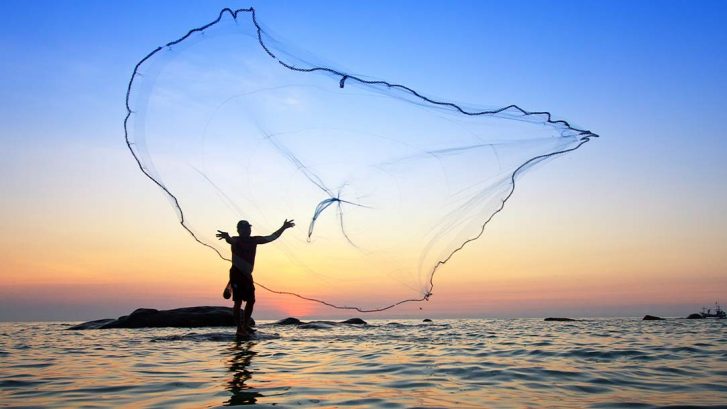 When it comes to business networking, “luck” is where persistence meets opportunity. There is no coincidence about repeat referrals. Those referrals come about because of the everyday activities that successful networkers consistently do to build strong referral relationships. Although it can’t be measured as easily as tracking cold-call ratios – the results are dramatic and almost never coincidental.

A misconception occurs when someone focuses on the referral rather than on the relationship that produced the referral. This leads people to the wrong conclusion that the result was coincidental. Networking is not about luck. It is about relationships.

It is unlikely that one single person is going to turn a business around or have a dramatic impact on a company’s success. However, by building relationships with a diverse group of professionals, over time those combined relationships can make a significant difference in one’s business success.

In this video, I share the story of a networker, Chris, who regarded the referrals he received from his fellow members as “chance occurrences” and failed to understand that they were the result of his relationships within the networking group.

Focus on the Relationships

As you heard in the video, Chris’s challenge was two things: repeatability and understanding. His training told him that the way to get more business was to target a certain kind of customer by calling a demographics-based list. If he didn’t have enough business, he needed to make more calls. How many more? He could figure that out, too, because the amount of business he got was directly proportional to the number of people he talked to. It was a repeatable process that he fully understood.

On the other hand, clients he got from referrals always had a story line that he couldn’t see being repeated. Sally knew Jim, who ran into Sue, who happened to be in his group and referred Chris the business. This led him to conclude that the results were coincidental and couldn’t possibly be repeated.

The reason that he focused on the referral and not the relationship is because he didn’t understand the process of building effective and profitable relationships. This led to his conclusion that all the referrals from his networking group, and the subsequent new clients he gained from them, were simply a coincidence.

His reasoning wasn’t entirely off track, as far as it went. If you focus on the specific people who gave you the referral, rather than the process and relationships that allowed it to happen, then you couldn’t consistently get more business from networking. Or to put it another way: Sally knowing Jim, who runs into Sue and ultimately gives Chris a referral is probably never going to happen again in exactly that way. Yet, if you step back and ask, “Is it possible that somebody will know someone else who’s looking for my services and will then give me that referral?” It’s a whole other story—especially if you focus on building relationships so that there is always a “somebody” in your network who knows you and what you do.

Networking with a Net

Referral networking is a lot like catching fish by casting a net. Each fish comes to the net by a different path; each has a “story” that is not repeated. You don’t focus on a particular fish and then try to get it to come to the net. Instead, you focus on the action of setting the net. You know that consistently setting a net will provide fish, regardless of what path they take to get there.

The same is true for getting referrals. The process of meeting people, staying in touch, and then asking for business is something you can do time after time. You don’t have to worry about how a specific referral got to you, because you understand the process of setting your net.

Here’s the best part: Just as with fishing, your net – your network can be working for you all the time. You don’t have to be there whenever somebody you know runs into someone else who could use your product—which means you can be “fishing” in many different ponds simultaneously and reaping the rewards of new business referrals on an on-going basis.

Remember, the fisherman concentrates on the action of casting the net, not the individual path of one fish that swims into it. If they based their success on that one random fish, they could conclude that it was a coincidence.

There is no coincidence about the referrals gained through successful business networking. Your networking results are the inevitable cumulative result of the day-to-day activities related to relationship building and an indication that the system is working. Consistent referrals happen because you’ve laid the groundwork through mutually beneficial, professional relationships.