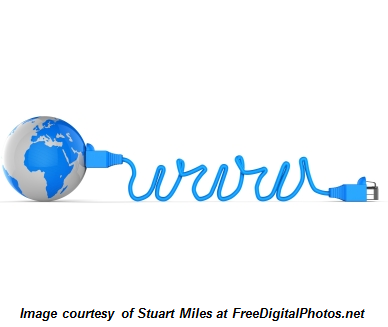 As part of the survey for the book, Business Networking And Sex (not what you think), my co-authors and I asked several questions which weren’t used in the final manuscript.  The survey was open to the public and was conducted with over 12,000 business people from every populated continent in the world.  One of the questions we didn’t use in the book was “What types of organizations do you belong to?” (note that respondents were able to pick more than one).

We also asked a question that was used in the manuscript in various places: “Has networking played a role in your success?”  We got some interesting findings when we cross-tabulated these two questions with one another.  We expected casual contact and referral networks to do fairly well, and they did.  However, we were surprised by some of the other results in the survey.

What does this mean?  Overall, people who got the most results from their networking efforts seem to participate in “face-to-face” casual contact networks like a Chamber of Commerce, referral networks like BNI, and to a lesser extent professional associations (like any professional body or society representing a particular industry), while online networks, women’s business organizations, social/business groups, and service clubs rated very low in success results relating to their networking.

Even though they didn’t fare well in this survey, I’m actually quite an advocate of online networks, women’s business organizations, and service clubs – and I will continue to be so. I did some thinking about the results of the survey, and why these groups came in with such low percentages compared to the casual contact and referral networks.

I’m inclined to believe that the women’s organizations and service clubs didn’t do as well because they both have another important purpose that take precedence over networking.  Women’s business organizations often provide a place where members both support and educate each other. The mission of service clubs focus primarily on providing service to the community, with networking opportunities being more of a “by-product.”  Seeing tangible success in members’ networking efforts is much more subtle in groups like these, and that may be one of the main reasons why they didn’t do as well in the survey.

Because I was really surprised by the results, I spent a lot of time thinking about online networks and their disappointing standing in the respondents’ ranking of successful networking efforts. The results are indicative of a comment that I hear quite often by business owners who have begun to market their businesses via the growing number of online social and business networking sites: “I’ve got a profile page and a thousand connections…now what?”

Many entrepreneurs jumped on the “social media marketing” bandwagon and spent a lot of time and effort building their online social capital (through LinkedIn “connections”, Facebook “friends” and “likes”, and Twitter “followers”), but without an actual plan of how to turn this growing number of contacts into actual customers. This is one area many entrepreneurs struggle with as online networking continues to come into its own.

Another issue is that the addition of Internet marketing (including online networking) has exponentially increased the number of marketing messages the average person sees per day – to literally tens of thousands. While online – whether chatting on Google Talk, or looking at friends’ photos on Facebook, watching a celebrity’s Twitter feed, learning about a connection’s promotion on LinkedIn, reading a blog for business or pleasure, or doing an internet search – a person is inundated with entreaties.

It’s easy to get distracted by these messages, particularly because those who have the time, staff, or money to put out the most messages tend to drown out any messages from smaller businesses or single individuals also trying to get their messages to be “heard.”