International Networking Week®  2013 is almost here and with it comes tremendous opportunity for  businesspeople across the globe to grow business through the development  of powerful new connections!

International Networking Week®  is an initiative of BNI® and its focus is to celebrate the key role that networking plays in the  development and successs of business around the world.  It’s about  creating an awareness of the process of networking.  Not just any kind  of networking, but “relationship networking”–an approach to doing  business based on building long-term, successful relationships with  people through the networking process.

Over the past several years, International Networking Week has been  gaining momentum worldwide and for the past few years, the Week has been recognized by  tens of thousands of people around the world and acknowledged by many  governmental agencies and high profile organizations.

The number of people participating in this year’s celebration of International Networking Week®, through hundreds of large events and thousands of smaller events, is expected to be even greater than it was in 2012.

You can join in the celebration of the Week by:

How are you planning on celebrating International Networking Week?  I’d love to hear your ideas on additional ways to celebrate this year so please leave your thoughts in the comment forum below.  Thanks! 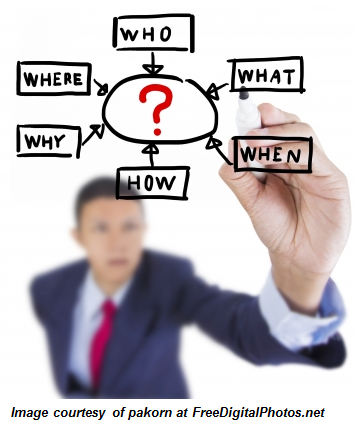 Many people make the fatal mistake of assuming that others know a lot about their business. I heard a florist tell a networking group, “I’m not sure what else to say.  You all know what a florist does, right?”  Wrong!  We didn’t know the variety of products this florist provided.  He knew his business and assumed that everyone else knew it as well.  Later, I asked him whether his shop was an FTD florist and . . .

I told him there were hundreds of things I didn’t know about his business, and others surely felt the same way.  Not using his time with the networking group to tell everyone something about his service was an opportunity lost.

Everyone has something he can say that will educate people about the services he has to offer.  Don’t pass up a chance to teach people more about what you do!

Try making a list of questions, such as the ones above, that people might ask you about your business and then try focusing on answering one question each time you attend a networking meeting — you’d be surprised at the things people really have no idea that you do!