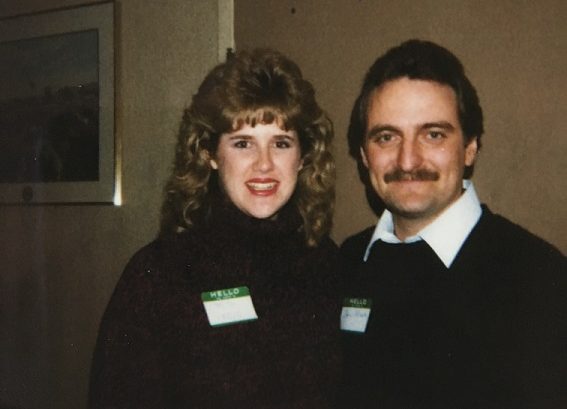 Someone recently asked me how I knew Elisabeth was my soulmate after our first date. I’ve told the story many times and I cover it a bit in the book, Givers Gain, but I don’t think I’ve ever written it down as one story so here it is:

I first met Elisabeth in 1986. It was at a BNI Leadership Team training I conducted in LA (Los Angeles). I vividly remember meeting her. She was young (23) and very motivated and I could see why the group elected her the President. I also recognized that she was very smart and she was… gorgeous. Although I was undeniably attracted to her – I was also in a relationship and didn’t connect with her again for two years.

In that time, unbeknownst to me, she moved from LA to Prescott, Arizona (many hours away). I was scheduled to speak in Phoenix (about 2 – 3 hours from Prescott) and out of the blue she called me. Now in 1988, I was no longer in that relationship and when she called, she said, “I don’t know if you remember me, but we met in LA a couple years ago.” My heart pounded but I calmly said, “Yes, yes, I remember you, Elisabeth.” She told me that her chapter knew had she met me and they asked her if she would call me to see if I would “swing by” Prescott to speak to their group – so she asked me that question. I knew I couldn’t just “swing by.” I knew it was an overnight trip so I did something I have never done before – I said, “If you’ll have dinner with me, I’ll drive the 2 – 3 hours over to Prescott to speak to your group,” and she said “Yes.” That was about April or May of 1988.

Honestly, for her it was a business meeting but for me, it was a date. I could tell pretty quickly that she wanted to keep it professional and I remained a perfect gentleman all evening. We spoke for hours. Many, many hours. I didn’t get her home until almost 1am and we had the BNI meeting that morning at 7am.

There was something special about this woman (after the first date)

When I got home to LA the day after the meeting, I had a conversation with the nanny (Pia Jacobsen – PJ) who was watching my young daughter (whom Elisabeth later adopted). She asked me how that “date” went that I was looking forward to so much. I told her that it was a “good thing that she lived so far away” and she asked me “Why?”. I told her, “Because if Elisabeth lived nearby, I would ask her to marry me”. PJ said, “Are you crazy, you just got divorced – you can’t get married again so soon and especially after one date!” I agreed that it was crazy and I told her I knew that I was a logical, left-brain thinker, but that there was something special about this woman and it was probably good that she lived so far away. It would give me time.

Elisabeth and I then started talking a couple of times a week by phone. This was back in the day when long-distance phone calls were crazy expensive. Beth couldn’t afford the calls so when she wanted to talk she would call me and we’d hang up immediately and I’d call her back because she didn’t make enough money to afford talking for very long. And I, of course, called her directly – a lot. We saw each other in person a couple times over the next seven months but the relationship was almost exclusively by phone.

We’re going to be a great team!

In late December, we were talking and she said she had just gone to a Chiropractor’s conference (she was a Chiropractic Assistant). I was still running my consulting business full-time AND doing BNI close to full-time. She asked me for some “business” advice. She said she had two job offers and wanted my professional opinion (as a business consultant) as to which was the better opportunity. My first question was – “Where are the jobs?” She said, “One was in Dallas and the other was in Pasadena” (close to me). I immediately told her the best one was Pasadena. She said, “But you haven’t even heard anything about the offers!” I said to her – “I don’t know if you get it by now but I’m interested in you. I recommend Pasadena.” So, she moved out to California in February. (The cover photo above of Elisabeth and I was taken in February 1989. I took her to the BNI Murder Mystery event in San Diego. It was our first getaway together) Then, she left the chiropractor and came to work with me in March (see the note from Elisabeth to me below). I asked her to marry me in April, and we were married in May, 1989 (see photos from our wedding at the bottom of this blog). 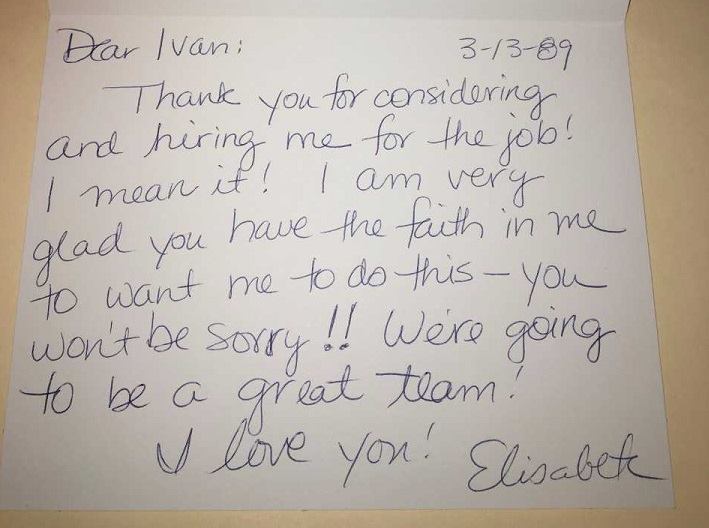 While it wasn’t love at “first sight” it was, for me, love at “first date”. We were married for 31 years. I don’t know “how” I knew. I’m not sure that “knew” is even the right word. It was something I “felt.” And for someone like me, who values tangible information and facts, to get such an overwhelming feeling – I knew I needed to pay attention to it. I’m glad I did.

Please visit the Elisabeth Misner memorial website and leave your memories or stories about Elisabeth. 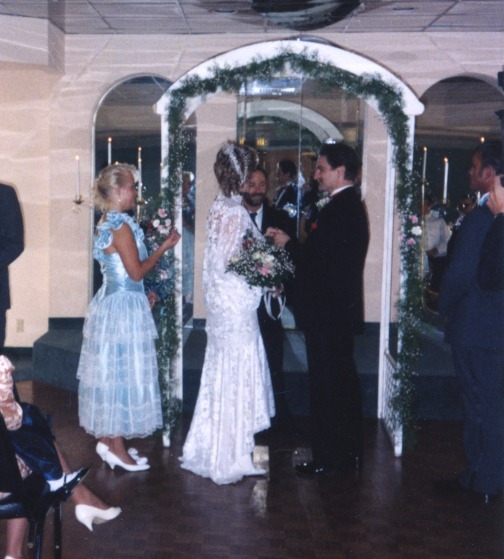 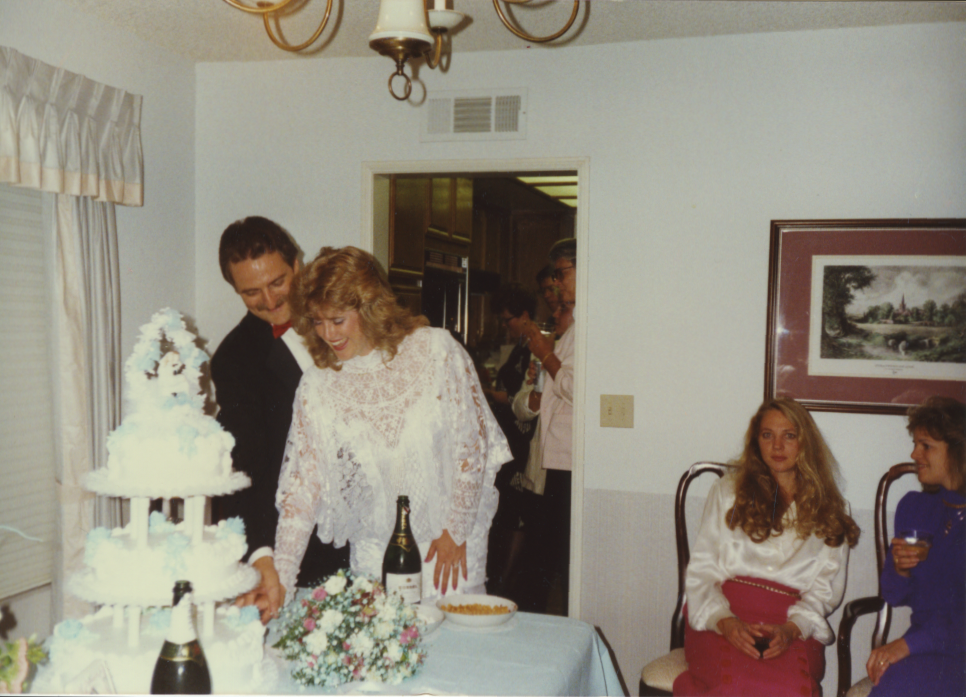