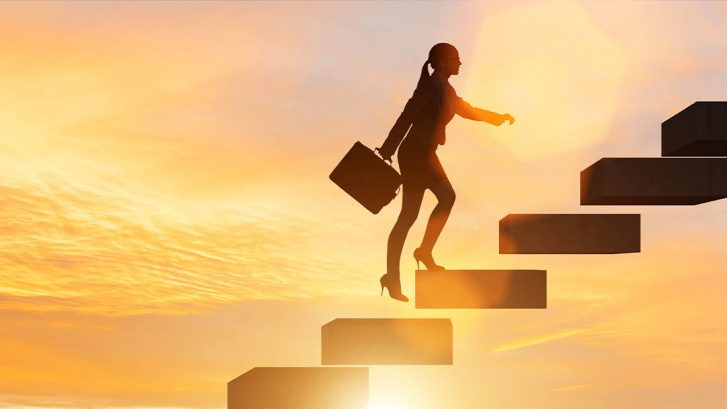 I believe that everyone wants some degree of success. I’ve yet to meet somebody who doesn’t want to be successful at something important in their lives. I also believe that while everyone is entitled to pursue success, success itself is not an entitlement.

It is largely determined by our hard work and our choices. I have known many people who work hard but make bad choices, and most of them think they deserve to be more successful because they have worked so hard. On the other hand, I don’t know of very many successful people who have made good choices but didn’t work hard.

Working hard is only the first part of success. Making good choices is the second part. It truly takes both to achieve success at whatever you do.

Years ago, when I was the CEO for BNI®, I knew the choices I made were important to the business. My decisions impacted hundreds of employees and franchise owners, as well as hundreds of thousands of BNI members around the world. I remember talking to a good friend and mentor about some tough decisions I had to make and my concerns about them. He said, “Not every decision you make has to be a good one. Just make sure that you make more good ones than bad ones and when you make a bad one – minimize the impact by fixing it quickly.”

Wow! That was great advice! It is advice that precisely hits the point about working hard and making good choices. Not every choice you make must be on the mark. However, enough of them do so that you can get the results you want. Some of my biggest lessons in business have come from my losses, not my successes. Generally, neither had much to do with luck but instead with the choices I made or the commitment I gave to the project. I think the harder you work, the luckier you get. And you want to work smarter, not just harder.

Plan the Work and Work the Plan

During my career, I’ve had the opportunity to work with thousands of people who have experienced varying degrees of success in their lives. A recurring theme I see with these people is that they plan their work and work their plan. They think through their possible choices, make the best ones they can with the information they have, and then work hard to carry out the choices they’ve made.

I remember talking to someone I’d known for years about the growth of my business and some of the personal goals I had achieved, and he said, “Man you’re lucky. It must be nice.”
I responded by saying “Yeah, I’m “lucky”. Let me tell you the secret to my “luck.” First, I went to college for ten years. During that time, I started my own business and  worked really long hours for two decades. Along the way, I mortgaged my house a couple of times for the business, and I wrote five books. You too can have this kind of “luck.” All you need to do is apply this kind of effort to whatever you do, and you can be just as lucky.” He laughed and said, “Okay, okay, I get it!”

Success is most often earned. It is not handed over because you are entitled.
If being successful was easy, everyone would have the success they think they deserve.  Working hard is only the first part of success. Making good choices is the second part. It’s important to remember that it truly takes BOTH to achieve success at whatever you do.

In this video, I talk about the two factors that I firmly believe are what make people successful in any situation–hard work and good choices.  The truth is, you can’t achieve success without both of these things.

People talk all the time about the necessity of hard work when it comes to success and though they’re one hundred percent correct about the importance of hard work, I’ve seen people work hard for decades and still not achieve the results they want because they consistently undermine themselves by making bad choices.

Are there additional factors which you believe have helped you or someone you know to achieve success in aspects of life and business?  I’m always eager to hear new ideas and learn from others’ experiences and I know many of the people who read this blog share this desire to learn so please offer your thoughts in the comment forum below. Thanks!