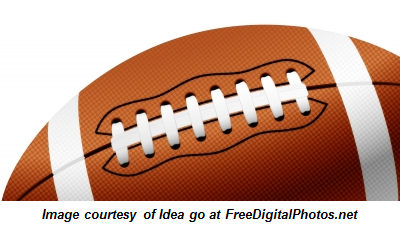 I learned an important lesson about the fundamentals of success while playing football many years ago.  We had a fairly good team my junior year of high school and most of the players on the team were juniors.  The following year the team had mostly seniors, and we had some pretty high expectations for the season.  A situation like this can make one over-confident, and that’s exactly how we were at the beginning of my senior year.

When the season started, we experienced that brutal rite of passage for all football teams known as “Hell Week.”  It’s called Hell Week for very good reason; the conditioning that a team is put through is pure hell.  The team does very little other than drills and exercises.  I’m talking about isometric exercises, wind sprints (short-distance sprints as fast as you can possibly run), hitting bags, tackling dummies, running in place and hitting the ground on command, more wind sprints, running up and down stadium steps, hitting the sled (while the most overweight coaches known to man are standing on them yelling at you) . . . and, did I mention wind sprints?  Lots and LOTS of wind sprints!

We were doing so many drills, we never even saw a football (except when they were thrown at the backsides of some of the slower players)!  We knew we were going to be a good team, and we felt we didn’t need to go through all this nonsense.  We wanted to play ball–not run around the field, hit bags, and do wind sprints!  So, we formed a little rebellion.  We decided to pull our coach aside after practice and tell him, “Coach, we don’t want to do wind sprints anymore–we want to play ball!”

From my experience, coaches generally have two answers for anything they don’t like.  The first is “NO!” and the second is, “What part of NO don’t you understand?”

Imagine our surprise when he said, “Okay, I’ll make you a deal, if you get here an hour early tomorrow morning for a little bus ride, I’ll let you drop the conditioning program.”

It took us all of about two seconds to say, “Road trip and no wind sprints?–We’re there, Coach!”  We were there early, and rode a bus with the coach to Cal State University Fullerton.  At that time, the university stadium was one of the practice fields for the Los Angeles Rams.  When we realized we were going to see a Rams’ practice, we were beyond excited!  We were in awe.  It’s one thing to be in a football stadium looking down at the field.  But it’s something completely different to  be on the field, looking up.  Even though it was the same size field as the one back home, it felt gigantic!  If that wasn’t enough, the Rams began to come onto the field.

If you’ve never seen professional football players up close and personal, let me tell you–these men are huge.  When they’re suited up, they are absolutely gigantic!  Imagine a door frame with a football helmet–these guys were frightening to stand next to.  We watched as our heroes stepped onto the field.  We watched in total awe as they lumbered out onto the grass and, for the next two hours . . . did wind sprints!  Yes, that’s right–wind sprints.  They were out there tackling dummies, hitting bags, running in place, attacking the sled (they had their really overweight coaches on the top yelling at them)–and did I mention wind sprints? Lots and LOTS of wind sprints!  The truly amazing thing was, they were not only doing the same conditioning exercises we did, they were doing them in the exact same order were did them in.

When we returned to our own campus, the coach took us out and put us in a big semi-circle in the parking lot.  Here, this football coach from this fairly small, lower-middle class high school said to us:

“Boys, it doesn’t matter if you’re talking about Pop Warner Football, high school football, college football, professional football, or life.  If you do not learn to execute the fundamentals flawlessly, you will never be a champion on or off the field.  It doesn’t matter if you are talking about football, school, or work.  When you leave this school and go on to college, you must learn the fundamentals and do the drills that will make you successful in your continuing education.  When you go on to your professions and careers, you will see that there are fundamentals that you must learn in order to be a champion in that profession.  Only those of you who are willing to develop the physical and mental conditioning necessary to execute these fundamentals will ever succeed.  This is something you must choose.  I can’t choose it for you.”

It took about 10 seconds for the entire team of 39 young men, including me, to enthusiastically choose to do–you guessed it–wind sprints.

Are there fundamentals in your business which you need to work on in order to execute them flawlessly?  There’s no better time (and no more necessary time!) than now to start doing the necessary “wind sprints” that will ensure lasting success for you and your business.  Take it a step further by holding yourself accountable–leave a comment below outlining what business fundamentals you’re going to work on this week and tell us how you you’re going to work toward flawless execution of those specific fundamentals.

When it comes to business, having fun is something that’s almost never talked about–it’s almost like people think fun and business are two completely unrelated, and mutually exclusive things.  However, I don’t share that opinion at all.  I definitely think it’s important to have fun in business; in fact, over time I’ve learned that having fun is something businesses and networking groups alike need to do in order to truly enjoy lasting success.

In this video, I talk about how important it is to keep the “fun” in the fundamentals.  To sum it up, if you don’t have fun, it’s easy to lose track of why you are where you are and why you’re doing what you’re doing–it’s easy to lose your excitement.  Once you lose your excitement for something, your passion for it is gone and it’s very hard to be successful at anything if you’re not passionate about it.  This is why it’s so important to have a good time in whatever you’re doing–business, networking, or otherwise.

After watching the video, please share some of the ways you (when it comes to your business and/or networking) or your networking group (when it comes to your networking meetings) keep the fun in the fundamentals.  In the spirit of fun, I’ll review all the comments next Friday (3/29) and I’ll send a surprise gift to the ten people whose tactics for keeping the fun in the fundamentals were the most striking, impressive, and creative.  Thanks and I’m looking forward to hearing from you!