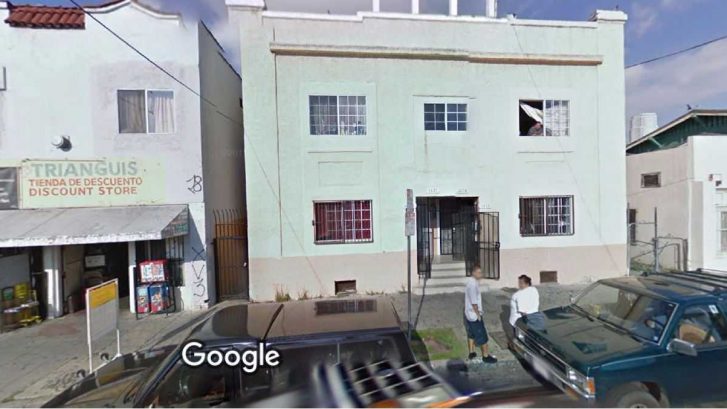 My mother passed away about six years ago and my father passed away two years ago.  My family was of modest means, but my parents were always loving and supportive. It never felt like we were poor. It’s not where you come from that matters most.

Last week I was going through some of my father’s estate documents to wrap up things. I came across something that I’d be looking for, over many years.

Although I grew up in Southern California, I was born in Pittsburgh.  We moved to the L.A. area when I was only six years old.  My Dad didn’t really know Los Angeles very well. He rented an apartment for us until they could find a home in the suburbs.  I remembered that the apartment was near South Central L.A. but I couldn’t remember exactly where.  I asked him about it a couple times and he couldn’t remember the address but he confirmed that it was near that area.  I have some vivid memories of how troubled the neighborhood was in the early sixties. My Mom would walk me the couple blocks to school every day but I clearly remember walking home alone a few times through the really distressed area.  I also remember some very disturbing things that took place on the block.  Luckily, I managed to stay under the radar from what happened around me.

As I went through my parent’s paperwork, I noticed the purchase agreement for the house that I grew up in after we moved from downtown.  It hit me that buried in those documents, might be the old address.   I went through all the papers and voilà!  There it was on West. 11th Street, south of Macarthur Park in Los Angeles.  I looked it up on Google Earth and found the photo attached to this article (we lived in the top right apartment).  My parents moved from this apartment to a home in Azusa later that year.  It was a better neighborhood but still a very modest working-class community.

I did fairly well in high school and was offered a 50% scholarship to attend Occidental College.  It was a great offer but, I couldn’t afford the other half.  So, I went to Citrus Community College and Cal Poly University, Pomona (both great schools) because that’s what I could afford.  It wasn’t until graduate school that I could combine some scholarships and take out student loans to get my masters and doctorate at USC.  All of the above leads me to this:

Today, I’m the founder of a global company and a bestselling author.  While looking at photos of where I came from, I remember that young man who was so hungry to accomplish “something” of value in life.  I didn’t know exactly what that would be and I certainly had a few bumps and some big turns along the way – but I was like a dog with a bone, continually moving in a direction that would add value and meaning to my life as well as to others.

I tell you this story to ask you to do something simple but important; share this message with young people you know who have had struggles or may come from modest means like I did.  You see, I believe it’s important for them to know that it’s not where they come from, it’s what they do with where they come from, that leads to success. 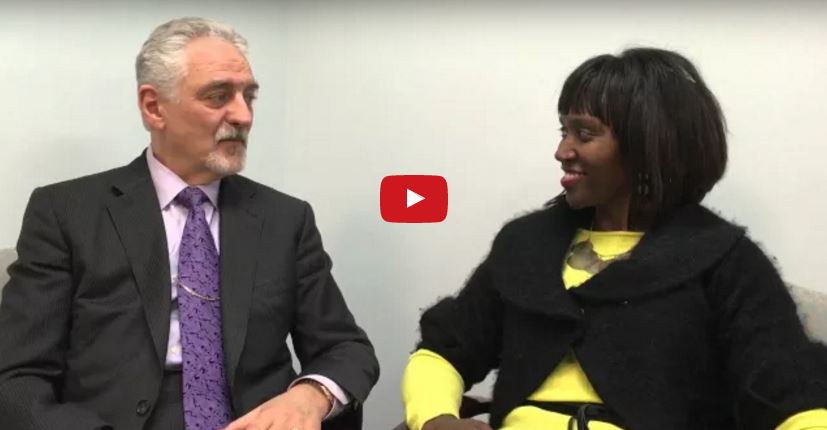 I have been interviewed by countless reporters, blog authors, and more. Usually once you hit the “dozen books published” line, they assume you have a thing or two to say. With all of those interviews, you’d think I’d run out of things to say. In actuality, I’ve found that the energy of the person interviewing me really comes into play and helps make each conversation unique.

Below are a few clips from a recent talk I did with Cordelia Henry of the Referral Institute. We cover a wide spectrum of topics, which I always love because it gives plenty of variety.

On Working in Your Flame:

On the Greatest Referral I Ever Got:

Thanks Cordelia, for the wonderful conversation!

In this short video, presented by Applied Transformation, Inc., I talk with Roger Green about how to achieve balance in life.

If you often find yourself focusing on business during family outings or thinking about your kid’s soccer game while you’re in an important meeting, I highly encourage you to watch this video.  You’ll get tips on  how to prioritize, be present, and achieve ultimate harmony.

Do you have any helpful tips on promoting harmony in business and life?  If so, please share them in the comment forum below.  Please don’t be shy–let’s get the comments rolling in!