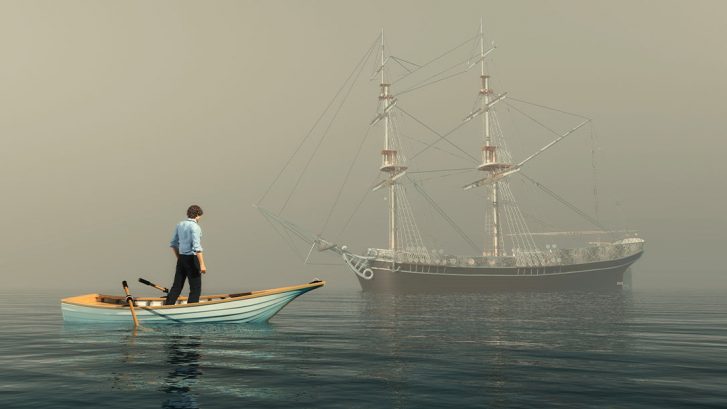 In the 1975 hit movie “Jaws”, Martin Brody, the Police Chief of a small summer resort town in the northeastern United States, utters one of the most quotable lines in film history when he gets his first up-close look at the Great White Shark.  As soon as he sees it, he slowly backs into the wheelhouse and says to Captain Quint, “You’re going to need a bigger boat.”

This is the prototypical ‘Brody Moment’: a shockingly unambiguous realization that the current resources are no longer a viable option to achieve the results you’re looking for.

I hope to explain how my Brody Moment came about.  However, the most important thing is for you to think about “your” Brody Moment as you read about mine.  Understanding your Brody Moment can help you think about your motivations and move forward successfully with your entrepreneurial endeavors.

My Brody Moment came at the end of 1985 after I had opened 20 chapters of BNI® by accident – without a plan, without even trying. That’s when I realized that I had struck a chord in the business community.

The “Why” for BNI

I had previously gone to networks that were incredibly mercenary, everyone was trying to sell to me. I went to other groups that were totally social, with happy hour and hors d’oeuvres, but there was no business happening at those events.

I wanted something that had a focus on business without being mercenary and was relational but not transactional; something that wasn’t totally social because I wanted that relationship-building aspect that led to business. Therefore, I created a network that I hoped would satisfy those two considerations.

I wanted to merge that focus on business with the relational aspect, and the glue that would hold it together is the principal core value of Givers Gain® – the idea that if I help you and you help me, we will all benefit by working together.

That one networking group led to another and another until there were twenty chapters within 12 months! That first year, I was method-acting my way through the process; I was figuring it out as I went. I was young – 28 years old when I started the company, and I really thought most businesses had this figured out. The thing is, nobody had it figured out because we don’t teach business networking in colleges and universities anywhere in the world. What I didn’t expect to find was that everyone has this challenge and that was my Brody Moment.

BNI was an example of necessity being the mother of invention and it helped a lot of businesses. At the end of 1985, I figured out that I “was going to need a bigger boat”. This way of business networking was going to be much larger than I anticipated, so I sat down and created my business plan to scale the company.

In June of 1986, I had a goal in mind. I went to the library to gather information on populations. (Remember, at that time there was no such thing as Google.)
After extensive research and many calculations, I felt that BNI could have 10,000 chapters someday.

Yes, it was a big goal. And every year, near the end of December, I took time to reflect. I had read the E-Myth by Michael E. Gerber early on and used that as a baseline strategy. I looked at what was working well, and what didn’t work at all.
Each year, I adjusted my plan and revisited the small goals that were all striving toward that one big goal of scaling my company into a global enterprise.

In December 2020, we reached it – BNI had grown to more than 10,000 chapters! And we continue to grow, helping BNI members around the world do business through referral marketing.