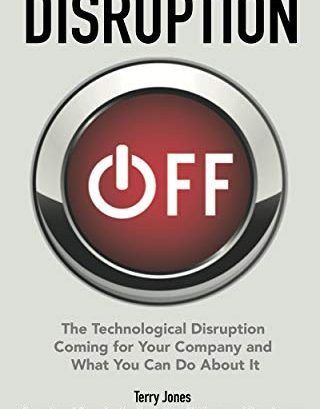 The founder of Travelocity, Terry Jones, discusses his book, “Disruption Off” with me in this video about how to inoculate your business from being disrupted in this day and age.

The most important thing a company can do is to take risk.

When companies grow, they stop taking risk because they got to make the quarter. Instead, companies need to experiment and take risk. They have to be willing to fail because 75% of startups fail. We need to get back to the steps of experimentation, failure and moving on. As a company gets bigger, it is a little bit like moving a battleship, rather than a little boat. You do not have to get everybody in alignment. It just takes a few people to make a change. To make the change, start with something small. For the small business owner, try something new. However, keep the system you have, but try this at the same time. As a business owner, your opinion doesn’t matter. It’s only your customers’ opinion that matters. So, you know, just take the risk and change, please. 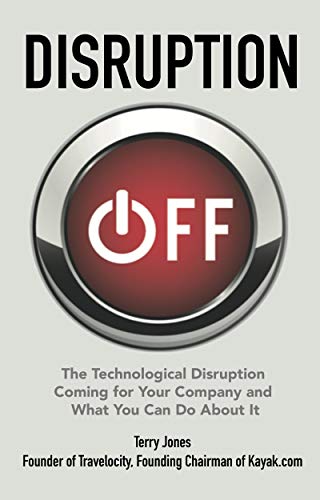 Order this book by Terry Jones on his website:

Terry Jones has battled the frontlines of business disruption. And now he’s here to share his hard-won wisdom and insider tips to give you an edge in an increasingly volatile market.In today’s aggressive, hyper-connected economy, a growing number of startups are transforming the way we do business. Disruption OFF is your all-in-one playbook for understanding the latest technological breakthroughs and industry innovations shaping your future. Drawing from a wealth of expert knowledge and his own in-depth experience, Jones provides you with the tools and techniques you need to enter a new age of prosperity. Disruption OFF is your no-nonsense guide for thriving in an ever-changing business landscape. If you like real-world applications, bite-sized advice, and simple strategies, then you’ll love Terry Jones’ essential resource.
Buy Disruption OFF to crush the competition today! 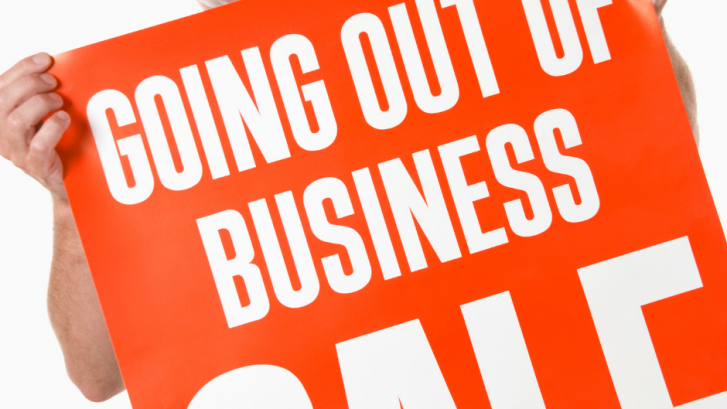 In my lifetime there have been many companies that have been crushed by disruption. The irony is that they could have actually led the disruption. The fact that they were crushed by other companies was because they chose not to lead. They chose to either ignore it or fear it. And leading with fear is a bad strategy. These three businesses are prime examples of what not to do.

Sears was once America’s largest retailer. They began as a mail order catalog company using the postal service to deliver virtually anything, to anyone, almost anywhere, and it dominated its competition for many, many decades.  Sears was Amazon more than 100 years before Amazon.

In its day, Sears was the 800-pound gorilla that could, and did, decimate smaller retailers.  Unfortunately, Sears was so entrenched in their brick and mortar stores that when the world-wide web was introduced in 1991, they did not have the foresight to lead the way and make the transition.

In fact, just the opposite happened.  Their reaction was to actually shut down their catalog two years later in 1993.  Amazon.com was founded the very next year in 1994.

A friend of mine who retired from Kodak many years ago told me that he felt there were few corporate blunders as staggering as Kodak’s decision to ignore the digital camera market. This is especially true since Kodak invented the digital camera in 1973, and it went on to be issued a patent for digital cameras in 1978.

Why, then, would the company that invented the digital camera not pursue this incredible opportunity? The answer, to them, was obvious. They did not want to interfere with their highly lucrative film processing business, and they did not believe that people would be interested in looking at photos on a computer. Wrong on both counts.

When the winds of change swept through the video industry, Blockbuster was more of a brick than a weather vane.

In 2000, Netflix approached Blockbuster with a request for Blockbuster to buy them out for roughly $50 million dollars. Blockbuster turned them down more than once.

Jim Keyes, the CEO of Blockbuster said in 2008: “Neither Redbox nor Netflix are even on the radar screen in terms of competition.” By the time Blockbuster saw the success of the new Netflix model, they made several attempts to copy it.  However, they were too late.

Today, Blockbuster is bankrupt, and Netflix is worth over $100 billion.

I hate change. I really do.

Social scientists refer to this as the “threshold model of collective behavior.” For decades I have called this “concept recognition model.” When I was young, people didn’t think they needed answering machines — until enough people thought they did, and then they were everywhere, used by virtually everyone.  Later, people didn’t see the need, nor the value, for fax machines. Until enough people did — and then everyone had one.

In the 90’s I met many people that had no intention of ever using email.  Now, I can count on one hand the number of people I know who don’t have an email address — and they are all over 70.

Before people adopt a new concept, early adopters embrace the new process or equipment.  Later the resistant population joins in, and, under the right conditions, there is a viral cascade of change. Changing the world is always disruptive.

The only thing I hate more than change is failure.

Failure is what happens when you’re left in the dust when the change crushes our “present.” Today, more than ever, we need to choose to change before we are forced to change. By the time a business is forced to change, it is probably too late.

In today’s changing world, we will either manage the status quo which will eventually result in failure, or we can lead the disruption which is likely to lead to the reinvention of our business, and potentially the industry as a whole. So you must decide: be disrupted, or be the disruption.  I vote to be the disruption.