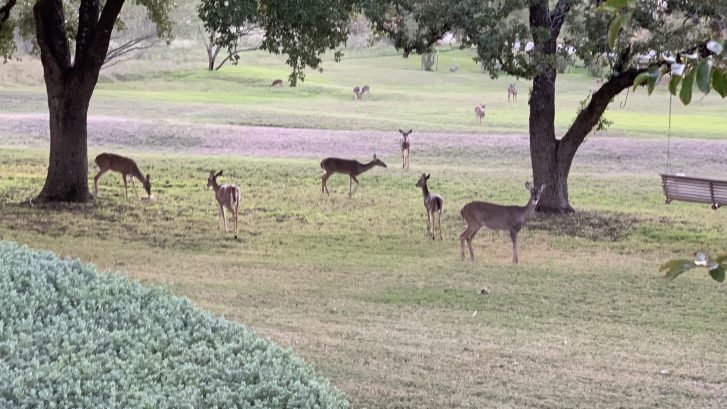 We moved to Texas a little over six years ago.  I did it so Elisabeth could be closer to her parents AND because we literally had a statement in our marital vows that I would bring her home to Texas someday because she was born here.

Although I came here because of Elisabeth, I will stay here because I love the state and I am in awe of the love that Texans have for this state.  It is definitely a different culture and a most interesting place.

When I first came to Texas, I was at a networking event and a “good ole boy” in a suit, boots, and a Stetson hat recognized me and said – “you’re from California huh?”  I said, “Yes sir I am, but my wife was born here in Texas and I brought her home.”  He smiled really big, put his hand on my shoulder, and said, “Welcome to Texas son.”

Having lived in California for fifty years, I feel a little like Dorothy from the Wizard of Oz and I can definitely say, “I’m not in California anymore.”  That really hit me one day when I was in my office and I looked out my windows. I often see deer walk by or graze on my land (as in the photo you see in this blog).  I sit on about ten acres and there is at least 100 yards between me and the next closest neighbor, so the deer have plenty of area to live.  On that day, I saw one deer walk past my office with what appeared to be a broken leg.  I wasn’t sure what I should do about that but when a coyote walked by a couple minutes later – tracking along the deer’s path, I thought I should call the Humane Society.

Within ten minutes – the Sheriff showed up!  I told the deputy that I was sorry, I called the Humane Society.  He told me that they didn’t come out to this part of Austin and he asked me what was going on.  I told him about the deer and the coyote that was following him and that it was clear the coyote would take down the deer.

Now, here’s what I love about Texas.  The deputy looked at me and said, “Ok, so just shoot the coyote.”  I pointed at the neighboring house about 100 yards away and I said, “But, there’s a house out there.”  This “Country Boy” looked at me like I was a “city boy” from another planet and said – “Yea, well don’t aim at the house!”

I LOVE Texas.  “Shoot the coyote – just don’t aim at the house.”  I’m definitely not in California anymore!

Now, for the coyote lovers out there – no coyotes were actually harmed in this story.  I did NOT shoot the coyote (but I have to admit that this “New Texan” was definitely looking for him).