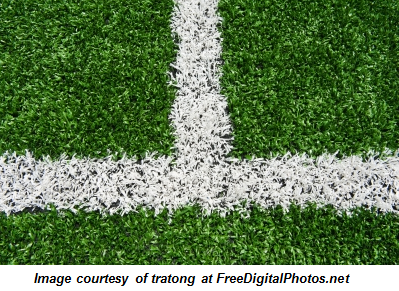 For some time now, we’ve both observed a need to drill down on one of the most important and foundational concepts to networking – The VCP Process®.  Nine months ago, we started a much-anticipated 12-part monthly series of blog posts which addresses this and contains some very timely information for networkers across the globe.  Today, we’re proud to share with you Part 9 of the series.  Enjoy.

THE FINE LINE BETWEEN COMEDY AND COMPETENCY

In Part 1, Part 2, Part 3 , Part 4, and Part 5 of this series, we introduced and re-introduced the concept and steps of The VCP Process® to Networking for our readers through brief anecdotes, relevant comparisons, and sometimes even humorous situations.  For Parts 6 and 7 we even shared with you video trainings from the both of us.

Last month in Part 8, we suggested some behaviors that you can use on a weekly basis to increase the number of referrals you receive.  And, as a result, we got a couple phone calls complimenting us about how last month’s blog post clearly outlined what type of behaviors a successful networker should be practicing on a weekly and monthly basis – and we were asked to provide more.

Exactly three weeks ago, I posted in this very blog about The Ten Commandments of Networking a Mixer.  I’ve been talking about these specific 10 guidelines for years that I recommend people follow when attending Chamber functions, Association meetings, and various business mixers.  I’ve been interviewed on radio and television before and many times I bring up these same 10 guidelines.  And I’m so committed that they should be a part of a successful networker’s toolbox that these same 10 guidelines are taught in-depth in Referral Institute regions all across the globe.

After reading my recent blog post about the Ten Commandments of Networking a Mixer, TR came to me with a smirk on his face and began some mischievous questioning.  He started by mentioning Harvey Mackay’s “take” on the same exact topic.  Now, Harvey is a friend of mine and I’ve even invited him to speak to my networking organization before (of course the audience absolutely loved him).  So, I proceeded to ask TR where he was going with his questioning.

TR replied, “In Chapter 71 [Yes, Harvey’s books have that many chapters] of “Dig Your Well Before You’re Thirsty”, Harvey writes about The Ten Commandments of Networking as well.  And, according to him, Commandment #2 is:

Ivan, I believe that’s a pretty powerful guideline that successful networkers should follow.  Why is this Commandment not included in YOUR list?”

After a very long pause, I proceeded to explain that it’s okay for different people to have different viewpoints.  And this led into a very productive conversation about how one person’s viewpoint isn’t correct, and one person’s viewpoint isn’t incorrect – they are just different.  And, this leads us to the relevance of the above story into today’s blog post in which we fulfill our blog readers’ request to provide MORE DETAILS on exactly what type of behaviors a successful networker should be practicing on a monthly basis.

In an effort to move their network (or audience) through the VCP Process to Networking®, many business professionals who are members of Strong Contact Networks like BNI meet on a weekly basis.  And, each week they are given an opportunity to say something about themselves or their business – usually about 1 to 2 minutes.  Every week, these professionals each make a choice on which topic, messaging, and subsequent behavior to display or exhibit while they are addressing the entire group or meeting.

Today, we’d like to bring attention to 2 options one could choose from:

Therefore, someone who week in and week out chooses to use their 1 to 2 minutes to display behaviors to encourage people to like them is most certainly entitled to do so.  Some examples of these types of behaviors are:

However, if you choose these behaviors we kindly ask that you not lose sight of the goal which is to move your network through the VCP Process® from Visibility to Credibility all the way to Profitability.  And, if people only know you for your jokes, they may surely like you and remember you (i.e. Visibility) but you may risk not ever providing them with enough information that proves you are good at what you do – which ultimately increases your chance of getting referrals from them (i.e. Credibility).

On the other hand, someone who chooses to use their 1 to 2 minutes to display behaviors to impress people and prove they are good at what they do is certainly entitled to do so.  Some examples of these types of behaviors are:

However, if your network only hears sound bites of your successes and don’t ever really get the chance to truly know you as a person (i.e. the likability factor), you may risk alienating yourself as someone only focused on work.  Or worse yet, they may consider you boring.

Therein explains the fine line between comedy and competency that today’s business networkers face.  And, some may even consider it a challenge.   When moving your network through the VCP Process®, it’s recommended that you first get someone to LIKE you through various Visibility behaviors.  But, it cannot stop there.  It’s encouraged that you then commit to displaying various Credibility-building behaviors so that they believe you have the COMPETENCY in your profession to handle their referrals.  Then, you will you increase your chances of consistently pulling your network all the way to Profitability and receiving a steady stream of referrals.

In closing, today’s focus has been simply to expand your thought process on exactly what options you have available to you when it comes to which behaviors you can choose to display to your network on a weekly or monthly basis.  Displaying behaviors that allow you to be perceived as both LIKEABLE and COMPETENT is our recommended solution.  Combine them together and interchange them back and forth when relevant to make sure your network truly likes you and also believes you will take great care of their referrals.  One without the other or used too infrequently may not deliver you the results you expect from your networking efforts.

We thank you for reading today’s post and extend an invitation to be on the lookout for next month’s contribution to this series – Part 10 called “Authenticity is the ‘New’ Audacity.”