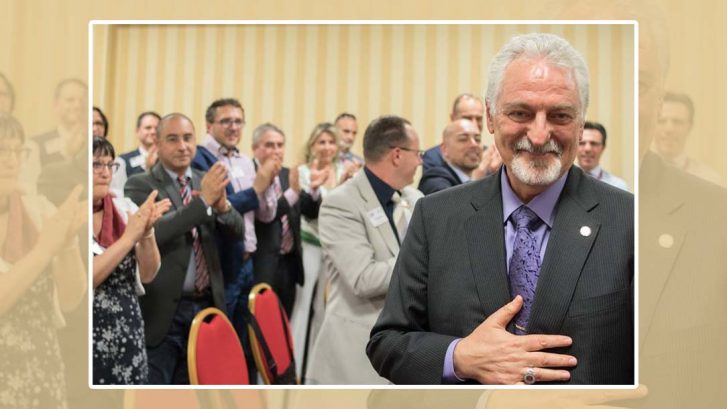 This piece is based on an article I wrote for Entrepreneur.com in 2015.  It might be of value to any business person who is thinking about making their health challenge public:

I’ll never forget the day that I was first diagnosed with cancer ten years ago.

It was the perfect springtime day and I had a weekend getaway planned with the family. All I had to do before heading to the resort was drop into the doctor’s office to get the results of a recent biopsy. I was told that the test was mostly just a precaution so I wasn’t particularly worried about it. I should have been. The biopsy came back positive for Prostate Cancer.

After the initial shock and resulting conversations with my close family, I started to think about how I was going to handle this within my company. As the Founder and senior executive of an international referral marketing organization, BNI, I have a fair amount of public recognition and I am the public figure for the company. Thinking about how my diagnosis would affect my company, many questions ran through my mind:

To me, the answer to the first question would help determine the direction I would take with the others.

So, I started with the question of keeping it secret.  Let me first say that this is a very personal decision. Everyone’s experience is different and I can completely respect if someone chooses to tell virtually no one. I however, did not choose that direction. BNI is a business networking, “word-of-mouth” organization. The idea of keeping that kind of secret in an organization like ours seemed impossible to me. So rather than try to keep it private, I chose to “go public”. I thought this strategy would help me guide the messaging. Note that I didn’t say “control the message” because I can tell you from first-hand experience – you cannot control it. However, I do believe you can guide and influence the message greatly by coming out in front of it.

Since I opted for transparency in regards to my diagnosis and treatment, I chose to not hire someone to take on my responsibilities. Instead, I asked for help from those people who worked for me directly and indirectly. I asked if my close team would step up and fill in for me as needed and if my extended team (such as franchisees) would allow me more flexibility with project due dates and serious matters that would normally require my personal attention such as contract issues. They did so without hesitation.

As for competition, that was easy. I have always believed that we shouldn’t worry about what our competition is doing (know what they are doing but don’t obsess over it) and instead, focus on improving our business every day. If we continued to do that with the team that was in place, we would not have to obsess over the competition and we didn’t.

That left the question of our bottom line. Before I answer that, let me discuss my mindset a little further. I chose transparency as the approach to my diagnosis. Transparency to the point that I posted multiple blogs on my website talking very specifically about what treatment approach I was pursuing and how I was doing every few months. I knew that if I didn’t update people, they would fill in the blanks themselves and it may or may not be accurate. I wanted to put the message out there myself – whether it was good or whether it was bad. I set sail for that approach not knowing how it would end.

My organization was able to follow my journey first-hand. They did not have to guess or wonder what I was doing. I put it all out there publicly and rumors did not flourish.

So, how did the company do during this period? Well, since my diagnosis the company has grown by triple digits. I think that happened because I had good people in place who were willing to step up when the boss was down. If I had to do it all over again – I’d do it exactly the same way.