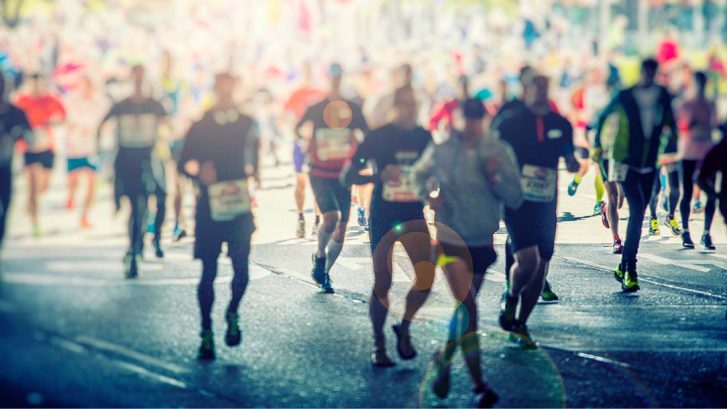 Business networking truly is a marathon of an endeavor – it is most definitely NOT a sprint.  I have met many people who practice ‘hyperactive networking’ who approach their networking efforts at the speed of an all-out sprint. They want to be everywhere, meet everyone, and go, go, go at such a pace that they inevitably ‘collapse’ due to burn-out and have nothing to show for their efforts.

Activity is Not an Accomplishment

Years ago, I met a woman who was known as the consummate networker. She had hundreds, perhaps thousands of contacts, giving her a broad network made up of people from all different walks of life. She was very well known in her community as the go-to person for anything that anybody needed.

One day, she pulled me aside and dropped a bombshell…. she said that her networking efforts weren’t really paying off for her. She went on to tell me about all the groups that she went to, all the people she met, how she had made so many good contacts and was continuing to make more all the time, but she wasn’t getting any solid business from all her efforts. I asked her how many networking events she went to each week, and she said she was going to at least five, and sometimes she went to more!

Why wasn’t she seeing real results? Because despite her amazing talent for making contacts and gaining visibility, she never really got to the heart of what networking is all about – building relationships.  She was so busy running around and making appearances that she wasn’t ever learning how to actually “work” the business networks she had created to build deep relationships with people and develop credibility with them.

It’s true that she was visible in the community; she was very visible. The problem was that she viewed “activity” as an “accomplishment” when it came to her networking efforts. Her network was, in fact, a mile wide, but only an inch deep. She had not taken the next, and most important, step with the many people in her wide-reaching network. She never devoted the time to develop the kind of rapport with any of them that would allow them to really get to know her, like her, trust her, and want to pass referrals to her.

Networking is About Building Relationships

I recently saw the same thing with someone I’ve known for a few years. He made a consistent habit of going to every single networking meeting and event that he could go to, and he was incredibly visible. Not only was he always at networking meetings, he was always full of energy and enthusiasm from the time he arrived, to the time he left. Again, the problem was in no way due to the lack of activity, effort, or enthusiasm regarding putting himself out there and meeting new people.

The problem was that he was running around so much that he never stopped long enough to spend the time necessary to establish the kind of long-term roots that lead to an ongoing, reciprocal referral relationship. The end result was that he got a severe case of networking burnout! He went from going everywhere and meeting everyone possible, to going nowhere and meeting almost no one. A year later his business went under.

Networking is More About Farming Than It Is About Hunting

If your goal is to significantly grow your business by simply making as many contacts as possible, you will never build a powerful personal network. If you are networking with the ‘sprint’ approach, you’re almost guaranteed to get burned out. Constantly bouncing around from event to event is exhausting and ineffective. There needs to be a balance between the visibility-creating aspect of your networking efforts, and the credibility-creating aspects of your networking efforts.

One way to accomplish this is to schedule regular one-to-ones with people you’ve met, in order to go deeper in understanding the services that they offer, and how you might be able to refer them. Most importantly, it’s a way for them to do the same for you.

Case in point is another woman who was a real estate agent in California who shared with me that her business grew dramatically during a major recession in the past, because she decided to develop a network that was both wide and deep in some places.

She took my advice and did at least four one-to-ones a month with people in her network. She focused on building relationships. And once she was convinced that she had found a good business opportunity for some of her contacts, she would actually phone the contact on the spot and put them together with the person that she was meeting with. This created powerful introductions that led to business.

From this activity, she ended up giving twice as many referrals to other people as she had in the past. More importantly, she received twice as many referrals as she had from people in the past. She was treating the process more like a marathon than a sprint. This is a great example of how networking is more about farming than it is about hunting. It is all about building relationships with key people.

What is amazing about this story is that it happened at a time when businesses were dealing with a massive recession and the fallout from that recession. More importantly, the businesswoman was in a profession that was hit as hard or harder than the overall majority. Despite the conditions around her, she used her relationship building skills to create long-term referral relationships.

At its core, business networking is about taking the time to build genuine, trusted relationships. Yes, visibility is important, however, without building trust right along with it, visibility won’t get you very far in the long run. It is about treating networking like a marathon, not a sprint.

When it comes to networking, sometimes you have to slow down to go fast.