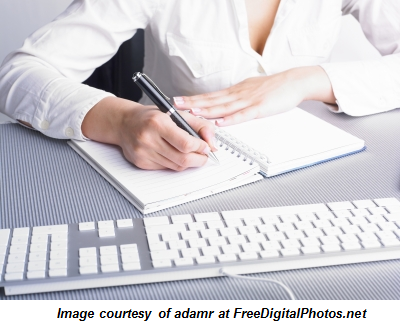 Most people are not born networkers; they develop the skills through education, training, the right attitude, and long practice.  Any technique of value requires a commitment to learning how to use it effectively.  The next generation of business professionals will operate under a different model of management, in which networking will be an integral element.  Take advantage of every opportunity you have to learn to network more effectively.  It is a skill that will only grow in importance.

Remember Will Rogers’ statement about being on the right track:  “If you’re just sitting there, you’re going to get run over!”  If you are active in a networking organization, you’re “on the right track.”  The key, however, is to take advantage of the opportunities that these groups have to offer.  This means you need to be an active participant in the networking process to get any substantive results.

Curiously, many people invest time in networking, but not in learning how.  This is like trying to play tennis or golf without lessons.  Sure, you can perform, but how well?  Simply attending meetings is not enough.  You need to listen to CDs, read books and articles, talk to people who network well, and most important, practice what you’ve learned.  This is no less than what you would do to learn how to play golf, manage people, or sell a product.

Always keep in mind that in order to develop a successful word-of-mouth-based business, you must attend every networking event that you can and practice, practice, practice!  Practice greeting people, handing out your card, asking for their cards, listening, excusing yourself, and introducing yourself to others.  If you have questions about what to do (and/or not do) in order to most effectively greet people, exchange cards, listen, excuse or introduce yourself, please let me know in the comment forum below.  I’m more than happy to do follow-up blog posts on any/all of those specific aspects of networking (as well as any other aspects you may have questions about). Thanks! 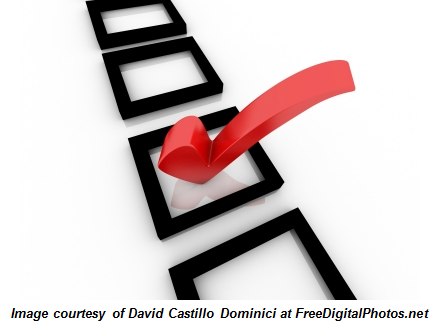 BusinessNetworking.com blog readers across the globe are invited to participate in a current survey being conducted on business networking and volunteering.

The results will be shared here on BusinessNetworking.com upon completion of the doctoral dissertation and they may also be incorporated into some of my upcoming material, likely in one of my books or articles.


CLICK HERE or on the graphic below to take the survey now.

This survey is extremely brief, taking only a few minutes to complete, and it will be an important tool in understanding the relationship between business networking and civic engagement.  As a BusinessNetworking.com reader, your input is of great value as you, by nature, likely have plenty of experience participating in both of these arenas.

If you have questions about the survey, please contact Darla Drendel (DarlaDrendel@Yahoo.com) or Marcia Godwin, Ph.D., Director of the University of La Verne’s Institutional Review Board (MGodwin@LaVerne.Edu).

Thank you so much to all of you who take a few minutes to complete this survey–I consider your support a personal favor and I am very appreciative. 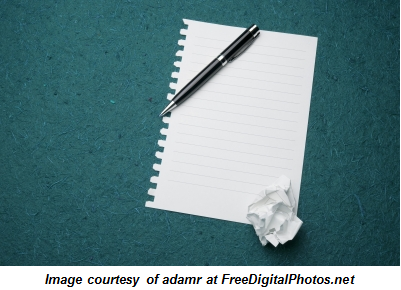 Years ago, an associate of mine who read one of my books and attended some of my training sessions called me and said, “I really love your material, but why don’t you put more emphasis on your ideas about ‘creating your identity as a brand’ and how it affects your networking efforts?  These ideas have made a huge impact on my business, but I don’t hear you talking about it very often.”

I admitted that this associate of mine was right.  I haven’t talked a lot about identity in my material, and I agree that I should say more.

When I started my first business decades ago, I had no idea how important it was to focus on branding my company and myself in the marketplace as a way of enhancing my networking efforts.  I understood the concept from an advertising and marketing perspective, but with a small business I didn’t have the advertising budget to mold myself or my company into any kind of brand—at least, that’s what I thought at the time.  So I ignored it.  I realized later that I’d made a big mistake in not pursuing any strategies to brand my identity.  It wasn’t until the early ’90s that I started to think about branding and how it would help in my networking efforts.

Networking is all about relationships.  Relationships are about establishing credibility.  Credibility takes time.  What I needed to do was expedite that process as much as possible while still creating genuine credibility in the marketplace at large.  Not having much of a budget, I had to get creative about how I would make this happen.

I saw that if I wanted to increase my visibility and enhance my credibility in the community, I needed to be viewed as the local expert.  The way I decided to start creating that brand was to begin writing articles.  Now, you may say, “What’s so special about that idea?  I’ve heard people suggest it before.”  Well, here’s the bottom line: hearing it and doing it tend to be very different things.

You can derive the same identity-building, brand-boosting benefit from writing articles as I did.  It may surprise you, but editors and reporters need good story ideas and will use them wherever they can find them.  Think about the things you know and understand best.  What elements of that knowledge might be of interest to the general public, a specific industry, or some targeted demographic?  Review the types of media outlets that write for your chosen audience.  Consider newspapers, magazines, and industry journals, but also take a good look at online opportunities such as e-zines, online newsletters, and information sites.

Either by phone or letter, tell the editor why readers will be interested in the feature idea you have or why it is newsworthy.  What are you doing in your business that strikes a chord in the community?  What can you share that will educate the editor’s readers?  A word of caution, though:  too many people who seek to be featured in newspapers or magazines send the equivalent of a company brochure.  They fail to realize that editors and reporters need hooks, angles, ways to relate to a distracted, overworked, frenzied readership.

Guided by the Certified Networker training I developed for the Referral Institute, the associate of mine that I mentioned earlier chose a topic he knew about and worked with it for some time.  He is in the travel industry, so he wrote a series of articles about travel and sent them to various outlets each month for several months.  He received some responses—all “No, thank you”—until, finally, one local newspaper called him and said they’d like to use his piece in the next day’s edition.  After it came out, they contacted him again and asked if he’d like to do a monthly piece.  Before long, another media outlet saw his work and asked him if he’d like to write for them.

Today he writes regular articles for several media outlets.  More importantly, it has totally changed his business.  Although many travel companies are going out of business due to vast changes in the industry, he is actually growing and thriving, because his articles have created an identity or brand for him and the company he owns.  Moreover, he is still an active networker, and he notes that the articles he writes put him way above his competition by enhancing his credibility with the people he meets.  He capitalizes on this regularly by bringing his recent articles to networking meetings.

This businessman’s experience serves as a great example of what’s possible for your own networking efforts.  When you get some of your pieces published, promote them.  They won’t necessarily increase your sales overnight, but they will greatly enhance your credibility throughout the networking process, which absolutely increases your sales over time.  My friend also told me that he now includes links on his website to some of the online articles he produces as a way of enhancing his credibility with existing and potential clients.

So, if this is such a great idea, why haven’t I said more about it in the past?  Well, in my book Masters of Success, I talk about success being the “uncommon application of common knowledge.”  If you ask a successful person the secret of his success, you will almost never hear a secret!  Writing articles regularly and continually to increase your credibility and enhance your networking opportunities is not a secret.  It’s simply an idea that most people are just too lazy to implement.

The bottom line is, 98 percent of people won’t actually do it.  Or, they’ll do it for a little while and give up.  The associate that encouraged me to talk more about this strategy agreed, but he said, “Do it for the 2 percent of people like me who will apply the idea.  It will make a difference for them, as it did for me.”

If you believe you can stick with this strategy over time, sit down and jot out topics of four articles you could write that fit with your business and networking goals—and that you believe would serve the readers of a particular publication.  Then, draft a letter addressed to the editor of that publication, and pitch your ideas.  If he says yes, it’s time to start writing!  If the answer is no, consider following up with him to determine what kinds of articles would better fit his needs.

Well, there you go.  That’s a lot of advice and my associate should be happy that I took his good suggestion to talk more about branding for the 2 percent of people that will follow through.  So, the question now is: Are you part of the 2 percent or the 98 percent?  It’s your choice.