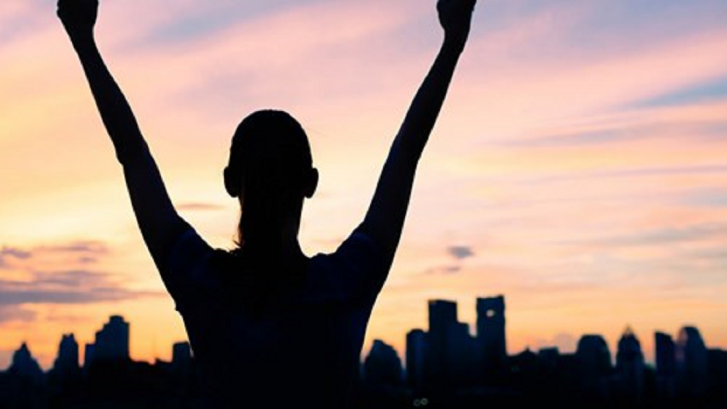 Over my career, I have observed people with different personalities, backgrounds, and behavioral styles achieve success in life. Many times I wondered if there was a reoccurring theme running through their success stories that would clearly illustrate what creates success.

The Secret To Success

When I was interviewing average business owners and entrepreneurs for my book, Masters of Success, I asked thousands of them what they felt the “secret” to success was. They generally told me things like: vision, goals, passion, persistence, and systems.

I then asked many highly successful people who had obtained great wealth or personal achievement in business, sports, or science. They generally told me that success involved things like: vision, goals, passion, persistence, and systems. Sound familiar?

This made me very curious. I was teaching at a California State University in the Los Angeles area. I asked hundreds of college students what they thought was the secret to success. These were all undergraduate students in business with little or no real-world business experience. What I found amazing was that they also said success involved things like: vision, goals, passion, persistence, and systems!

Everyone I interviewed or wrote about regarding the secret to success gave me virtually the same answer. If we all know what it takes to be successful, why are we not all successful?

What Makes Someone Successful

I have found that many people are looking for some mysterious and ever-elusive secret to success beyond what they already sense to be important. The truth is, there is no great mystery. In fact, very often “success is simply the uncommon application of common knowledge.”

When you hear successful people talk about the secret of their success, have you noticed that you rarely hear any real secret? What you do hear about is their unwavering adherence to some system or approach they believed in and followed with intensity and determination — an uncommon focus on something that less successful people simply take for granted or pay lip service to.

Successful people focus on the goal and work through or around everything else. In sports, this is called “keeping your eye on the ball”. They do this with a passion and a vision – and they do it with persistence.

Success Is About The Uncommon Application of Common Knowledge

Even when the ideas are easy to understand, they often don’t get implemented. People think there must be something more. After I presented a keynote speech in Sweden years ago, a woman in the audience came up to me and said, “Everything you said makes so much sense. Much of it was about things that I’ve heard were important to do, but I never did them because they seemed too simple. I thought there had to be more to it than that, that the road to success was much more complicated and daunting. So I wasted valuable time looking for some secret”. Then she said, “I don’t understand why people often find it easy to make things so difficult. Myself included”.

Success comes to those who have not only a passion and a vision, but who also have a persistence and a commitment to perform the fundamentals over and over. They continue to work and learn until they can perform these fundamentals flawlessly. In the end, being successful is not about being different or having secret knowledge. In the end, everybody knows what the goal is and how to achieve it. This is common knowledge, and it’s been around for a long, long time. Success is about knowing these things and achieving them without giving up, making excuses, or getting sidetracked. 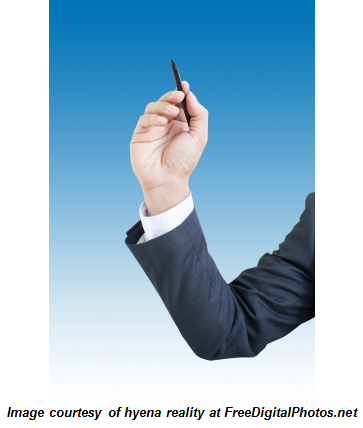 Marketing isn’t something I was always confident about.  When I first started out in business, my degrees were in Political Science and Organizational Behavior.  I had very little marketing experience until I went to work for a transportation company in Southern California and, within a two week span, went from a role in purchasing to a significant role in marketing–a huge change that was an even bigger learning experience.

My marketing experience was trial by fire and reading.  I just started reading books on marketing and learned as I went, and it was that experience that gave me enough knowledge to do some marketing on my own when I later set out as a business consultant.

If somebody had asked me when I was 25 where I saw myself career wise in thirty years, I would have had no clue that my career would be all about marketing . . . that I would be the Chairman of the world’s largest referral marketing organization.  Sometimes we go places in life we never expected to go but I wouldn’t change a thing about the career path I chose.  I am passionate about helping people grow their businesses and achieve great success through effective referral marketing and after spending over two decades devoted to this work; I really enjoy knowing that the work I do allows me to pass on the marketing knowledge and experience I’ve attained in order to benefit to others.

I was recently asked what my top marketing tip would be and I think it’s really all about building the brand–either the brand of the company or of the individual, depending on the kind of business that you’re in.  Name recognition–that’s the biggest challenge, especially for small companies.  It’s not the same for everybody because every business is a little different and people’s skill sets are different.  For me, in my business, brand building has largely been about writing.  Before the internet I was trying to get articles in newspapers and magazines.  Now it’s much, much easier.  In this age of blogs and social media, even small companies have a global reach.  The problem is all the white noise that’s out there: with so many people wanting a piece of the action you have to be able to stand out.  So, for me, the top marketing tip would be to write, write, write.  Become an expert in your field so people want to follow you because when they follow you, they’re more likely to do business with you.

I’d love to hear how you’re making your mark with marketing–what is your top marketing tip for the other business owners out there reading this blog?

Have you ever wondered what it is you need to do in order to be successful?

In this video, I talk to Jack Canfield about what it takes to be successful and how I came to the conclusion that success is the uncommon application of common knowledge.

Take a look at this short video and let me know what you think . . . do you agree with this concept?  What are your thoughts on success and how to achieve it?

Go JackCanfield.com for information on Jack’s Inner Circle Club where you can watch the full video he did with me and many other experts.