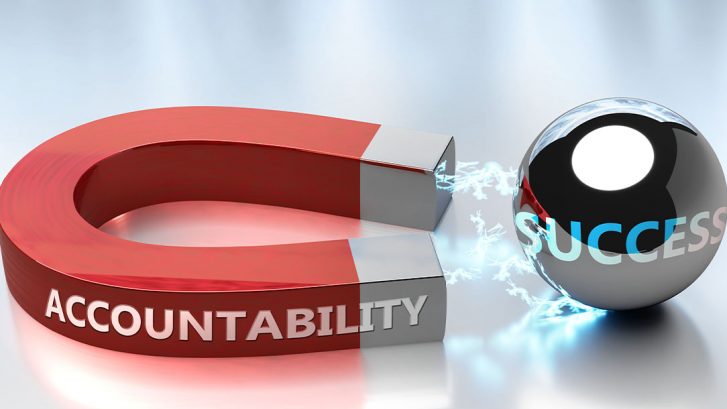 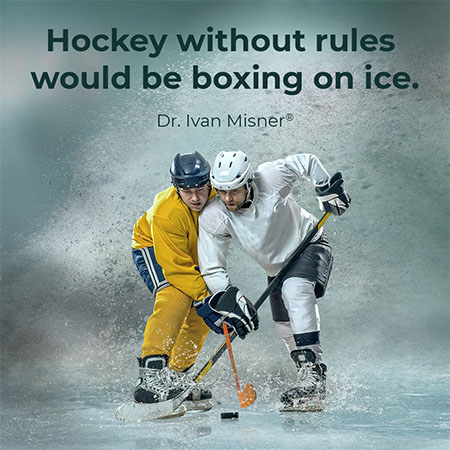 Think about it like this: Ice hockey without rules would be boxing on ice. Without rules, your networking group would be chaos.

BNI chapters without rules and guidelines would be a coffee klatch of socializing around a table or a social club chit-chatting in a video meeting. You have to have rules, you have to have a system. The rules are important for long-term success.

Quality leadership is about having a positive attitude while maintaining accountability with diplomacy. It is about coaching people by guiding and helping them. Good leaders apply the policies and rules like Mandela, not Atilla. They use tough love, they show people that they care, and they make sure that the members of their team or of the group understand the why behind the accountability.

Remember: People don’t care HOW until they understand WHY. Accountability is critical for business success. Effectively maintaining accountability in a business or networking group leads to long-term success for the organization and its members. 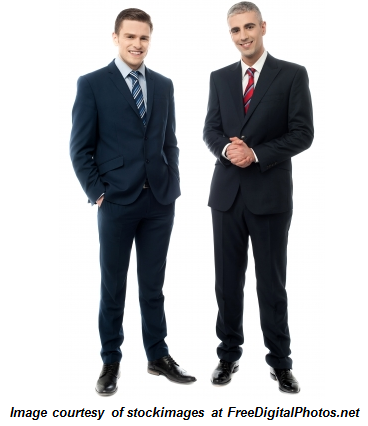 Back when my son was a teenager, whenever I would ask him the dreaded question–“How’s that homework coming?”–I would receive the typical, teenage, roll-of-the-eyes response and the standard “I was going to finish it after dinner” answer.

Even if you don’t have kids, at one time you were a kid so I’m sure just about everybody can identify with this scenario.  Being held accountable for completing your homework as a kid was never fun, but let’s face it–when we’re held accountable for our actions, performance, and commitments it tends to heighten our awareness of what we are responsible for and what we have promised to do.

To find the right accountability partner, ask yourself these questions:

1.  Who do I highly respect as a business colleague?

2.  Who would not be afraid to push me and keep me focused?

3.  Who would I never think of disappointing?

4.  Who is also interested in networking her business so that we can be accountability partners for each other?

5.  Who knows me–and my tendency to procrastinate?

6.  Who will follow through on this commitment to me?

Think about it.  No one likes to knowingly disappoint someone else, and no one likes to waste her time or have her time wasted by someone else.  The urge to comply compels us to perform at a higher level and this leads to greater networking results.

Do you have a story about how someone held you accountable in a way that really benefited you?  If so, I’d love to hear about your experience so please share it in the comment forum below. Thanks!

At a recent Referral Institute Conference, I was interviewed by Tiffanie Kellog (Trainer for the Referral Institute in Tampa, Florida) about the most crucial component for referral success.  Before you watch this short video where I give Tiffanie my answer, try to come up with a couple of possibilities for what my answer may likely be.

After watching the video, I would love for you to share in the comment forum below what your initial guess or guesses were regarding what you thought my answer was going to be.  I’m very interested to see how many people had a pretty accurate idea of what I would say and how many people were completely surprised by the answer.  As always, I very much appreciate your input and participation in getting a conversation started–thanks!

While I was in Australia last month, I had the opportunity to speak with one of Australia’s most successful networkers, Brent Edwards, about the role accountability plays in networking.  Basically if you’re not maintaining accountability when networking, your efforts all boil down to one thing–a waste of time.

In this short video, Brent offers three simple keys to ensuring you maintain accountability in your networking efforts which will, in turn, build a solid foundation for networking success and the potential for limitless business growth through referrals. 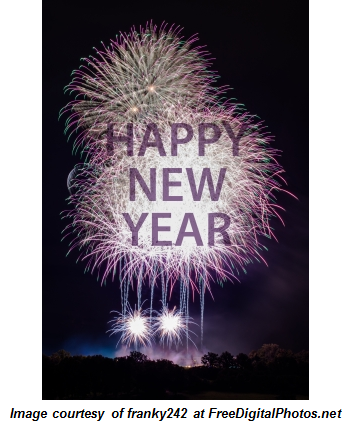 A friend of mine, TR Garland (pictured with me in the photo at right), just wrote a great blog entry which contains some very timely information for many people across the globe and I’d like to take the opportunity to share it with you today as a guest blog.  Enjoy . . .

In about 30 days, the majority of people around the world are going to be faced with the same thing we’re all faced with once at a certain point every single year.

No, I’m not talking about keeping a smile on your face while spending the holidays with your in-laws (wink-wink).  I’m talking about setting New Year’s Resolutions.

Every year, one of the top resolutions is to “get in shape.”  The truth of the matter is that most of us already know how to get in shape:

1.  Design a nutritional plan and stick to it

2.  Design a workout schedule and stick to it

3.  Track your actions and results daily and recalibrate if needed

The problem is, a large percentage of people don’t reach their goals because:

1.  They don’t write out a formal nutrition plan or workout schedule

2.  They don’t hold themselves accountable

In other words, life gets in their way.

So what can be done about this?  Well, there’s something about human psychology that pushes us to not let someone else down. Because of this, people who invest in a personal trainer to help keep them accountable tend to achieve desired results much more consistently than they ever would by attempting to get in shape on their own.

It’s important to note that this same concept holds true for business networking and referral marketing.

Many people are spending a lot of time networking by just chatting away with others and maybe grabbing others’ business cards.  By doing this, they then expect results; they expect that the people whom they’ve met and exchanged business cards with will eventually pass a referral to them.  This mindset is called being reactive ( . . . and hoping for the best!).  Being reactive is an employee  mindset or mentality that, in my opinion, gets placed into the same category as punch cards, guaranteed smoke breaks, assembly lines, benefits entitlement, and cubicles.  In other words, this mindset is something that isn’t really that viable anymore in today’s economic environment.

If you don’t believe me, look around and note which businesses are thriving and hiring.  I’m confident you’ll discover that the businesses which are doing well are those that do not have a reactive mindset and, instead, maintain an entrepreneurial mindset.

An entrepreneurial mindset is one that takes ownership and focuses on being proactive versus reactive.  Just like the “getting in shape” example above, being proactive and accountable in your business networking and referral marketing efforts is a sure-fire way to get results–plain and simple.

So, especially if you’ll be out attending holiday parties in the coming 30 days with your spouse, significant other, family, or friends, remember to be proactive with your networking efforts.  Go to each event with a purpose (in addition to your goal of having fun).  Don’t simply gather business cards, that’s not what I’m talking about.  Instead, set relevant and realistic networking goals and ask the person you went with to hold you accountable to your goals.

And, of course, there’s a time and a place for everything.  You need to respect the event you’re attending and if the environment doesn’t warrant you achieving certain networking goals . . . grab a celebratory beverage and some festive treats and remember, there’s always next year!

* TR Garland is a Referral Marketing Strategist for the Referral Institute® in Orange County, California where he is a consultant to top performers and entrepreneurs on maximizing their ROI/ROT from business contacts and networking.  Starting in 2011, you can follow TR for his tips, tactics, and techniques on effective networking at his newly launched blog located at www.BeABetterNetworker.com.