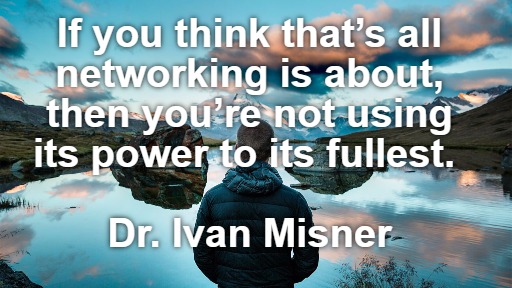 You can network anywhere, including events where it might not at first occur to you to try it—and, paradoxically, it’s at these non-traditional networking settings where you’ll get the most bang for your buck. Why? Because not many people think of it. You’ve got the field to yourself, with many opportunities to develop lasting relationships with potential referral partners.

What non-traditional settings are we referring to? Well, everybody goes to parties, and the holiday season is full of them. It’s also a business slowdown season for many of us who are not in retail. But networking is not just a New Year’s Day to Thanksgiving activity—it’s year-round. Holiday parties and other social mixers bring new opportunities to network, even more than the rest of the year.

When we tell people this, we usually get strange looks. They think of boorish sharpies selling time-shares to your aunt and uncle at your grandparents’ 50th wedding anniversary or trying to round up business at funerals. But networking is not just trying to sell something or passing business referrals; it’s building meaningful relationships and social capital. Master networkers understand this. That’s why they’re always networking.

You’re already in a relationship with everybody you know. The only question is how developed that relationship is. Is it a relationship of visibility, in which you know each other but haven’t had dealings? Is it credibility, in which you’ve interacted enough to establish a degree of mutual trust? Or has it deepened over time to the point of profitability, with both parties receiving mutual benefits as a result of assistance, business referrals, or other interactions?

In today’s environment, it’s easy for us to lose that personal touch when we do so much of our communicating via email and cell phone. The fact is, most relationships develop through physical presence in one-to-one interactions and get stronger every time we meet face to face. The holidays are times when we are more likely to see people in a social setting, and this setting definitely lends itself to building relationships. There are, however, some things that are important when networking at a holiday social—or at any event, for that matter.

“Givers Gain” is the number one rule to remember. You should always be thinking: How can I help this person? Many of us know this and try to apply it to our relationships, but we’re more inclined to do it instinctively with those in the profitability category. How can we apply it to the relationships that are in the visibility and credibility categories?

At a social event, you ask somebody, “How’s it going?” What’s the typical reply? Probably something like, “Great, things couldn’t be better.” That’s a canned response that people give because they want to be polite and because they know nobody really wants to hear their troubles…but it’s not usually the whole truth.

Things can always be better—that is, there are surely ways you can help—but most of people aren’t inclined to go into detail or let others know what’s going on, especially at social events. The best way to find out is to avoid generalities like “How are things?” Ask more specific questions.

In a conversation I had recently, I asked an individual how things were going and got the standard answer that things were great, the company was expanding, and business better than expected. My next question was “Are you hitting all of your goals?” Yes, the business was exceeding all of its goals by a large margin.

Sounds like this person didn’t need any help, you say? On the contrary: to me it sounded like a big opportunity. Think about it: a company that was expanding faster than the owner projected. What kind of help might it need?

Many consider networking just another way to get clients, but when you think in terms of building relationships, a chance to help is a big opportunity. That help can be provided in many forms, each as valuable as the next.

In this case I was able to make some introductions that the individual was very grateful for. But it was only after getting past the generalities that I was able to figure this out.

Always plan on maximizing your networking productivity during the holiday season. Remember, networking means developing relationships, and the holidays are filled with opportunity.

If you’re networking successfully at a non-networking event, people won’t even know it. You’re genuinely looking for ways to help other people, and your concern for the person you’re talking with is plainly apparent. Anyone who is networking exclusively for personal gain comes across as shallow and insincere.

A good networker doesn’t have to work at sincerity. She really cares about making connections for others, not just for herself. Some people are so accomplished and successful at networking that they are able to network virtually anywhere. No one minds your using an opportunity to share information that will benefit others, even when that exchange takes the form of a business card at a bar mitzvah.

This one should be a no-brainer, but we all know some scorched-earth, overzealous networkers who trawl the room at a party in pursuit of a sale, any sale. They may do the same, less blatantly, at family and purely social events, but this is still the exact opposite of what networking is all about. Remember, relationships are the name of the game. Socials are a great place to get visibility and credibility, so focus on building these aspects of relationships. 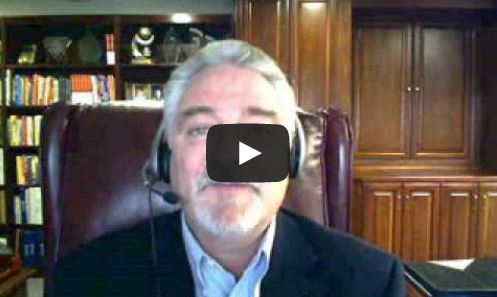 Today I’d like to share a video that I recorded a while back that is timelessly useful when it comes to creating a solid and effective networking strategy.  In the video, I outline the best way to find like-minded business professionals to network with and I explain the four different streams—or types of networks—which you should be sure to strategically build into your overall network.

This video comes from the educational video archive housed within NetworkingNow.com and it is just one example of the vast array of educational content offered on the NetworkingNow.com website—there are literally hundreds of business and networking downloads available in the site’s online library and you can access all of them for FREE for six months by entering the free subscription code given below.

The free subscription is a gift from BusinessNetworking.com and all you have to do is enter the code (“freesixmonths”) on NetworkingNow.com to gain access to the entire library of content!  Please note that you will be required to enter a credit card number on the site but you will not be billed for the free six month membership.  You will need to end your subscription if you don’t wish to be billed for the second six months.