The third quarter survey of the BNI Business Index was not very promising for business around the world.  The survey included responses from over 1,200 business people representing every populated continent in the world.

In addition, the number of people who said they would or possibly would be hiring in the next few months dropped from 53.9% in the second quarter to a low of 45.9% in the third quarter of 2011.

Once again, government regulation came under fire in many of the open ended comments that business people shared in the survey.  There was a fair amount of frustration about “anti-business policies having a very negative effect” on the business environment.

One respondent said that his business was “down 80%” because of government “bungled schemes.”  Another response said, “Today’s business has been hurt from the government’s restrictions on business in this country.”

This kind of frustration was echoed by many respondents throughout the survey.

On a positive note, people who seemed to be doing better often discussed new services or target markets that they were developing.  One respondent stated, “We re-evaluated our strengths, costs, and profit.  We realigned our costs and added new services to our offering.”

Another person said they were “offering new service features and distinctly communicating our target market to our referral partners.  We’ve had to adjust to the market.  It’s not ‘business as usual’ anymore.”

One respondent stated, “I’ve had to change my business strategies due to the economy.  I have added more services at more price options that will appeal to a broader scope of people.”

Another person summed up this theme well by saying, “We have grown because we are embracing change.”

Networking and referral marketing strategies again came up as positive ways to deal with the economy.  One person stated, “Business is picking up due to my learning more and more about developing word of mouth and other referrals.”

One respondent combined the “new services” and “networking” themes by saying that he was doing well due to “a combination of new innovations on my products and increasing my networking relationships.”  He expressed that these things “contributed greatly to this year’s business.”

Other people made statements such as:

One respondent in particular summed up the general consensus of many of the respondents very well when she said, “There is less confidence in the marketplace now than there was during this same time last year.”

Another survey respondent made what could be considered a somewhat prophetic statement—“The financial industry is out of control.  The protesters have the right idea!”

Hmmm . . . Wasn’t it Thomas Jefferson who once said, “Every generation needs a new revolution”?  It might be time for businesses to pull out some poster boards and markers.

To take the next BNI Business Index survey, click here.  I’d love to have your thoughts about how business is doing. 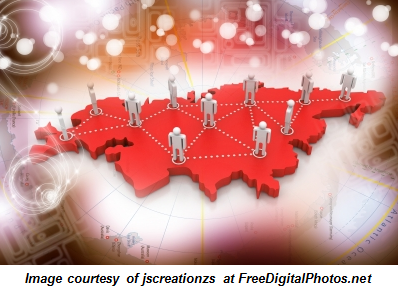 The new video for International Networking Week® 2011, is now available on YouTube!

The short, eight-minute video, sponsored by NetworkingNow.com and the Referral Institute, discusses the history and significance of this exciting, celebratory week which will be recognized across the globe this coming February 7-11, 2011 (Mark your calendar now! :)), and it also explains a concept many networkers fail to recognize but which all networkers need to be aware of–the ‘networking disconnect’.

This is the fifth year for International Networking Week® and it is now recognized by many countries around the world, with thousands of events being held during the Week.  One of the main goals of the Week is to help businesspeople everywhere build their networking skills; don’t wait until the last minute to join in the celebration and start the year off as a better networker–watch the video now, find an event in your area, and come back and let me know what you’ll be doing to recognize International Networking Week®.

For additional information go to www.InternationalNetworkingWeek.com.