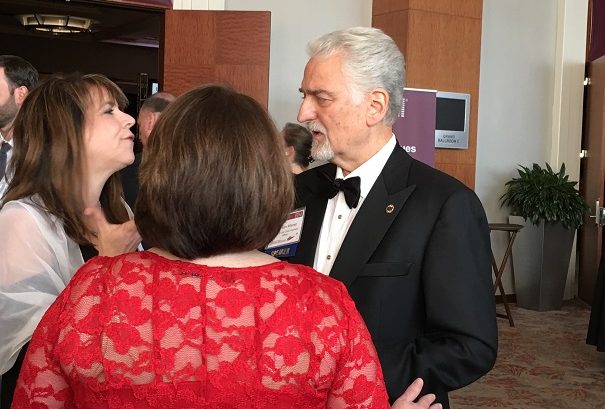 Desperation is not referable

When people demonstrate certain behaviors as part of their networking efforts, it’s a tell-tale sign of desperation.  There are four types of behaviors that desperate networkers exhibit. “The Space Violator” is the second of these four “desperate networker behaviors” that I’ll be sharing over the next weeks.

Here’s the guy that thinks the closer he gets when he’s talking to you, the more you’ll be interested in what he’s saying. Nope.  Not true.  In fact, it has the opposite effect (especially if his breath has the aroma of a smelly camel).  So, what’s the right distance to stand from someone without getting into their personal space?  The answer to this question varies based on the cultural standards of the country you are in.  In North America, it’s fairly common to have conversations at roughly “arm’s length” for people that you meet at a networking event.  From my experience, that distance is definitely less in some countries around the world.  What’s also interesting is the issue of gender and personal space or “proxemics.”  According to a “Journal of Psychology” study, “male-male pairs tend to interact at greater personal distances, whereas female-female pairs tend to interact closer.”

Remember this behavior when you go to networking events and whatever you do – don’t demonstrate “The Space Violator” behavior yourself.  Remember that networking is more about farming than it is about hunting. Please check out my blog next week as I describe the next of the four types of behaviors that desperate networkers exhibit: “The Premature Solicitor”.

5 thoughts on “The Space Violator”